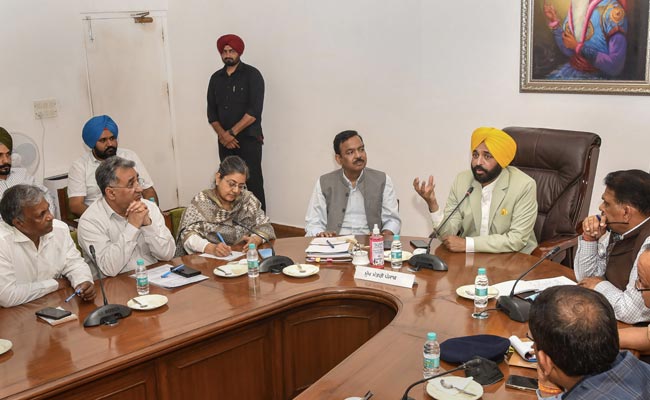 The newly elected Punjab government’s induction ceremony will be held tomorrow in Chandigarh. Ten ministers will be sworn in at around 11 am and assume the charge in the Punjab Civil Secretariat, and later participate in the first cabinet meeting of the Aam Aadmi Party-led Punjab government at 12.30 pm.

There are 18 berths in the cabinet, including the chief minister.

On March 16, Bhagwant Mann was sworn in as the Punjab Chief Minister at a mega event in Punjab’s Khatkar Kalan, Bhagat Singh’s ancestral village. The next day, all newly-elected MLAs took oath as members of the Legislative Assembly. The legislators were administered the oath of office and secrecy by Protem Speaker Dr Inderbir Singh Nijjar.

In his first official decision as Chief Minister, Mr Mann, who had promised that he would not “waste a day”, announced the launch of an anti-corruption helpline. He said the helpline number will be launched on March 23, the death anniversary of freedom fighter Bhagat Singh.

The AAP registered a landslide victory in recently concluded Punjab Assembly polls, winning 92 seats, pushing most of its rivals to the margins. Congress won 18 seats in the 117-member Assembly.

In what was earlier being seen as a fierce multi-cornered fight, Congress was dislodged to second place in Punjab, losing over half its vote share, and Akalis in single digits as well. All political heavyweights contesting against AAP lost.