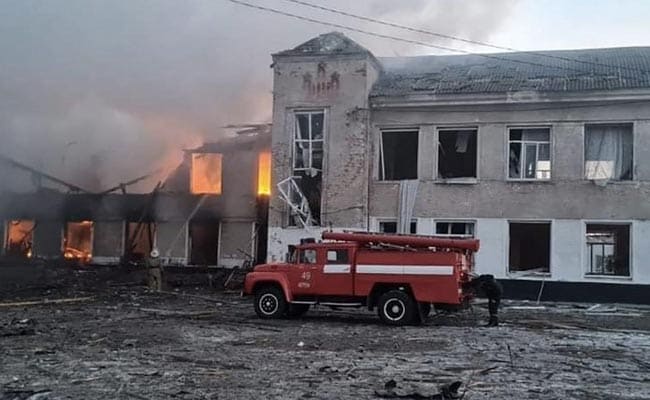 Ukraine War: Of the wounded, 10 people are in serious condition.

At least 21 people were killed and 25 were injured on Thursday when Russian forces shelled a town in eastern Ukraine, local prosecutors said.

Artillery fire early Thursday hit a school and a cultural centre in the town of Merefa outside the city of Kharkiv, regional prosecutors said in a Facebook post.

Of the wounded, 10 people are in serious condition, they said.

A photo accompanying the prosecutors’ statement showed a building of several storeys that was destroyed in the middle with windows blown out and emergency workers combing through the wreckage.

Kharkiv, Ukraine’s second-largest city and some 30 kilometres (18 miles) north of Merefa, has been the scene of intense Russian air strikes in recent weeks and has been severely damaged.