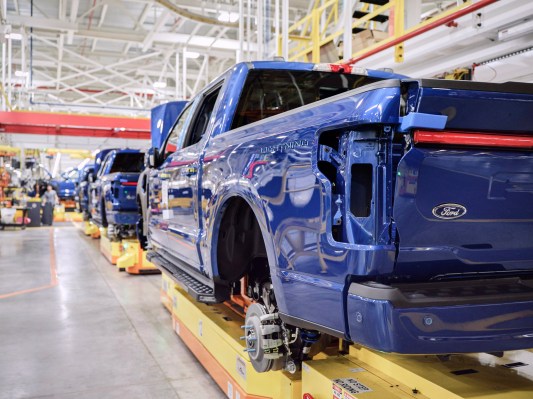 While much of the automotive industry has suffered a downturn due to a lack of supply to meet pent-up demand, Ford has bucked the trend. At least, in terms of sales goals so far this year.

Industry wide, new vehicle sales in the U.S. dropped 20.3% for the second quarter, to 3.53 million, compared with the same period a year ago due to supply chain constraints that caused production bottlenecks. Ford was one of the few automakers to report a gain, with sales up 1.8% to 480,558 units. However, the growth was due to the strength of Ford’s trucks. Its new car sales fell 36%.

Now, with GM’s earnings report in the rearview, all eyes are on Ford’s second-quarter results to determine where the U.S. automaker stacks up and where it’s headed.

A slew of announcements in past six months provides some hints. Ford ticked numerous tasks off of its compete-on-the-global-EV stage to-do list. The automaker has taken steps to boost battery capacity and shore up its supply chain, announced plans to use lithium iron phosphate batteries for some of its vehicles and ramp up production of its new F-150 Lightning truck.

What analysts and TechCrunch will be watching out for

Per data from Yahoo Finance, analysts expect that Ford generated Q2 2022 earnings of 45 cents per share off revenues of $34.3 billion. That’s a significant jump compared with the $26.8 billion in revenue and 13 cents per share Ford reported the same quarter a year ago, suggesting that the company is beginning to reap results from its $50 billion bet on EVs through mid-decade.

Rivals from GM to Hyundai have unveiled new battery-electric models in recent weeks, but Ford has remained relatively mum on future offerings. Instead, it has been focused on ramping up capacity of its F-150 Lightning pickup, Mustang Mach-E SUV, and E-Transit commercial van.

We’ll be listening Wednesday for any guidance on the automaker’s plans for its future lineup. That includes a second electric pickup Ford CEO Jim Farley teased in April at the production launch of the F-150 Lightning.

The automaker reports strong demand for the Lightening. We’ll be looking for an update just how well those deliveries are going as well as more information on Ford’s plans to ramp up capacity.

Like General Motors and other automakers, Ford is securing contracts with suppliers of the raw materials needed to make lithium-ion batteries. The company said it has sourced 70% of battery capacity to meet its 2026 global sales target of 2 million units.

Ford said that incorporating lithium-ion phosphate (LFP) batteries into its portfolio will help trim its materials cost by 10% to 15%. Unlike the prevailing nickel cobalt manganese (NCM) chemistry, LFP cuts dependence on scarce minerals such as nickel and cobalt.

The automaker will put its LFP battery packs into Mustang Mach-E SUVs in North America starting next year, followed by F-150 Lightning pickup trucks in early 2024.

We’ll be tuning in Wednesday for how Ford plans to use this alternate chemistry in its future EV lineup.