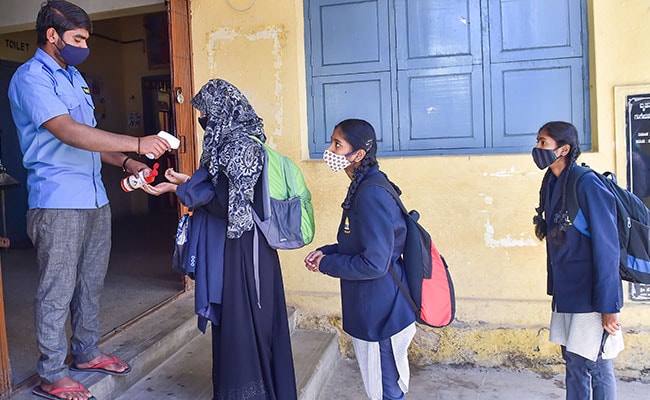 Asaduddin Owaisi, the chief of AIMIM (All India Majlis-e-Ittehadul Muslimeen) today questioned the premises of the Karnataka High Court upholding the ban on hijab, saying the court’s examples of a gurukul, prison or an army camp cannot be equated to schools. He also argued against the homogeneity that school uniforms are meant to bring, pointing out that many nations do not require uniforms in school.

“If you look at the Constitution, pluralism and diversity are the basic structures of the Constitution. Homogeneity is not,” Mr Owaisi told NDTV in an exclusive interview after the High Court turned down petitions from a group of students to allow hijab in classrooms.

In its judgment, the court had said hijab is not an essential practice in Islam. “We are of the considered opinion that wearing of hijab by Muslim women does not form a part of essential religious practice in Islamic faith,” the judges had said, refusing to strike down the government decision to ban head scarves.

The decision has been questioned by many, with critics making the point that the state cannot interfere with personal choice in dress. The Karnataka government has taken the view that there is no restriction on wearing hijab in India except reasonable restrictions subject to institutional discipline.

Taking on the argument that religion should not be allowed in public spaces, Mr Owaisi said, “What happens to police stations and NS stock exchange on Diwali night? You have puja… When the parliament building’s foundation stone is laid, the Prime Minister has to do a puja. why should there be a puja?”

The BJP government is “incentivising against the Muslim community,” Mr Owaisi said, pointing out that the “concerned minister” had warned that no student wearing anything other than hijab should be stopped at school gates.

“So practically every other religious symbol will be allowed. And who will be discriminated against? Girl students wearing hijab. That in itself will be violative of the Constitution’s Article 15, which says you cannot discriminate on basis of religion and caste,” he added.

The High Court’s decision has been challenged in the Supreme Court by a woman who was not among the petitioners.  The young women who petitioned the High Court, said they will not stop wearing hijab.

The row over hijab has acquired political overtones since it started in December last year.  The High Court today suggested the possibility of “unseen hands” being at work to engineer social unrest and disharmony.