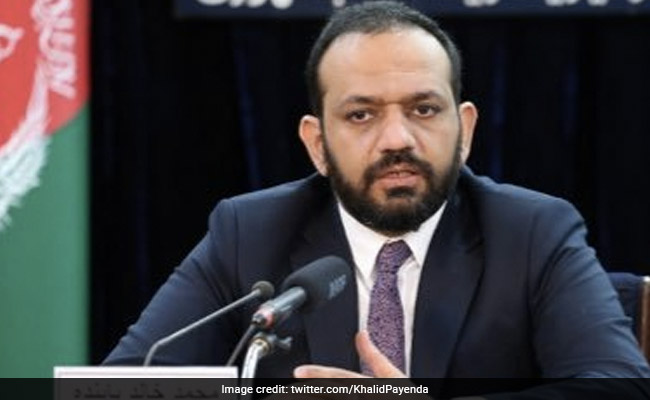 Khalid Payenda was the Finance Minister of Afghanistan before he was forced to flee the country.

Khalid Payenda who once oversaw and presented a 6 billion dollar budget as Afghanistan’s Finance Minister in Kabul is now an Uber driver in Washington DC to support his family. Talking to The Washington Post he said he earns “a little over 150 dollars for six hours’ work, not counting his commute”.

Afghanistan is currently facing a financial and humanitarian crisis, with many countries around the world hesitant to recognize the Taliban government that overthrew the US backed regime. Payenda had resigned as the Finance Minister of the country a week before the Taliban took control of the capital city due to straining relations with Prime Minister Ashraf Ghani. He tweeted back on August 10 saying “Today I stepped down as the Acting Minister of Finance. Leading MoF was the greatest honor of my life but it was time to step down to attend to personal priorities.” He left Afghanistan due to his fear of being arrested by the government and joined his family in the United States of America.

Today I stepped down as the Acting Minister of Finance. Leading MoF was the greatest honor of my life but it was time to step down to attend to personal priorities. I’ve put Mr. Alem Shah Ibrahimi, Deputy Minister for Revenue & Customs in charge until a new Minister is appointed.

In his interview with The Washington Posthe said moving had been “quite an adjustment”, but was grateful to be able to support his family in any way he could. He also said he blames the United States of America for Afghanistan’s current situation, as the withdrawal of troops had allowed the Taliban to take over.

In a text message to a World Bank Official in Kabul, the day the capital fell he wrote “We had 20 years and the whole world’s support to build a system that would work for the people…All we built was a house of cards that came down crashing this fast. A house of cards built on the foundation of corruption,” as quoted by The Washington Post.