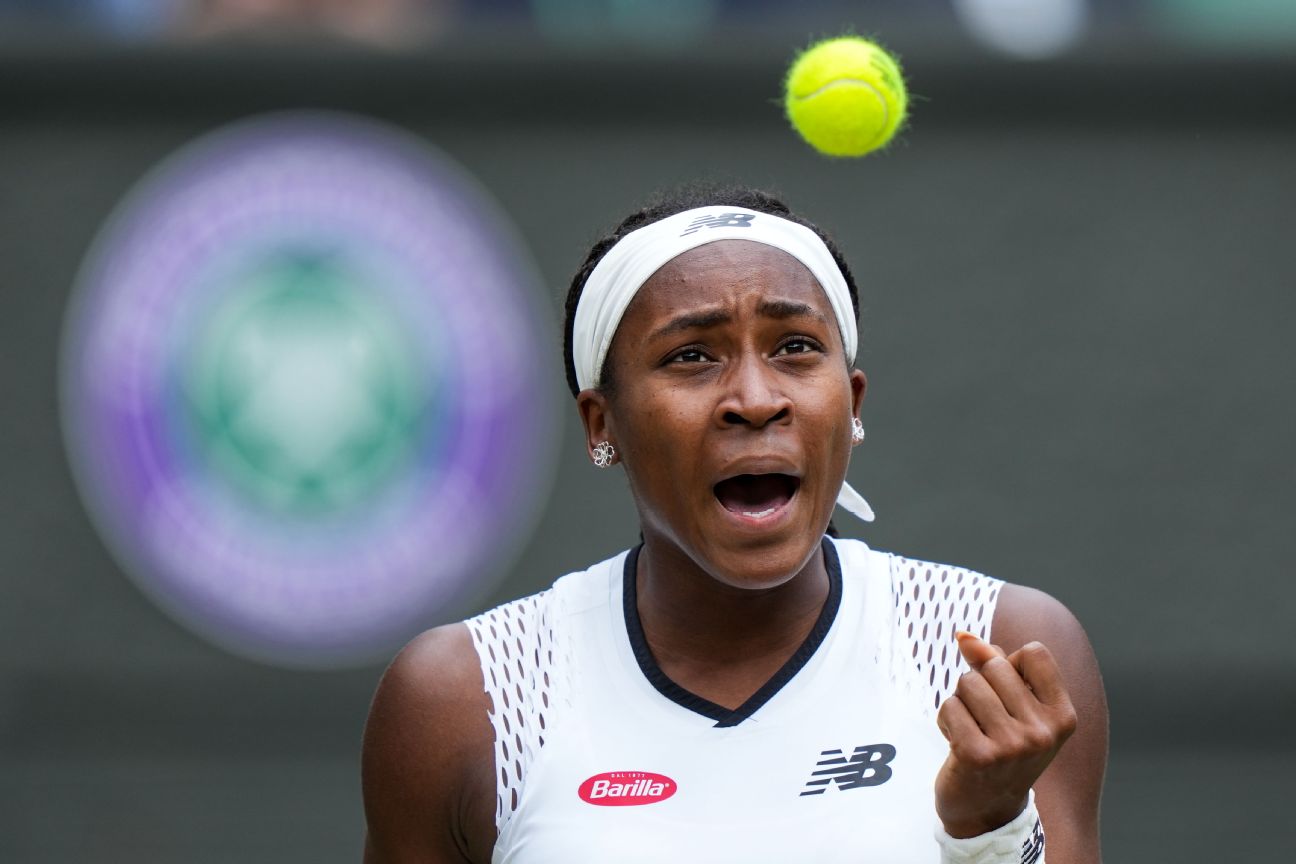 American teenager Coco Gauff is out of Wimbledon in the third round after a 6-7 (4), 6-2, 6-1 loss Saturday to Amanda Anisimova on Centre Court.

The 18-year-old Gauff was the French Open runner-up and was seeded 11th at the All England Club.

The 20th-seeded Anisimova has now reached the fourth round in three straight Grand Slam tournaments.

“It was my first time playing on Centre Court,” Anisimova said. “It’s the most special day of my career.”

Anisimova, who is 20 years old, will next face Harmony Tan for a place in the quarterfinals.

Tan beat Katie Boulter 6-1, 6-1 on No. 2 Court to reach the fourth round. It’s the first time in her career that she has won three straight matches.

The unseeded Frenchwoman beat Serena Williams on Centre Court in the first round and then ousted 32nd-seeded Sara Sorribes Tormo in the second round.