Indian food has amassed a huge fan following across the world. Foreigners and people living abroad are getting interested in knowing more about the culinary delights that the country has to offer. We desi people can’t help but feel a sense of pride when foreigners try the cuisines from our country. However, one American blogger has taken this a step further! YouTuber Arieh Smith, who goes by the name @xiaomanyc on the video-sharing application has posted a video where he interacted with Gujarati restaurant owners. He spoke to them in Gujarati and the desi restaurateurs were left seriously impressed. In fact, some of them even gave him food for free!

Watch the full video shared by the American blogger here:

The 7-minute-long video has gone viral on YouTube, garnering over 1.1 million views since the time it was posted. In the clip, the blogger said that he had a Gujarati friend in America who helped him learn the language. He realised that many Indian-Americans were also from Gujarat and thus, he decided to converse in Gujarati with them to surprise them. He ordered food and spoke to the restaurant owners in Gujarati, leaving them surprised and stunned. He also sampled the Gujarati Thali with Rotla, vegetables and more. Shrikhand and Masala Chaas were next on his radar, followed by the classic Gujarati Paan.

Some restaurateurs were so pleased with the American blogger’s Gujarati that they did not charge him for the food at all! “People were totally surprised, and then they gave me free food. Speaking of free food, I also tried a lot of great Gujarati food like paan, masala chaas, bajra no rotlo, and of course Gujarati thali. Yum,” he wrote in the description of the video. 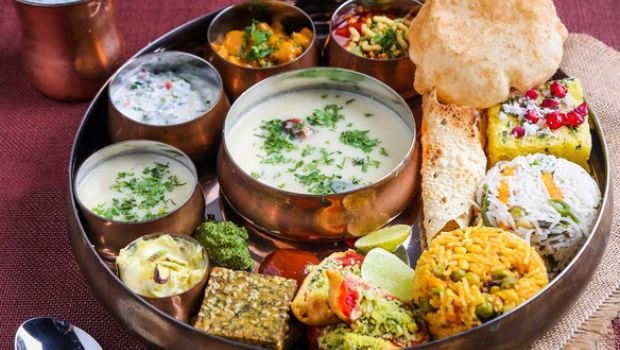 YouTube users poured in their appreciation for the American blogger and his Gujarati speaking skills. “People are touched by your genuine kindness and the respect you show by speaking their native language. What an amazing gift,” wrote one user. Another appreciated, “Wow Gujarati is my native tongue, and you did so well after little practice!” Yet another user wrote, “Xiaoma is literally devouring languages. When he starts learning a language, next thing he does is going to restaurants in order to “eat the language”.”

In November 2021, the same blogger had also ordered Bengali food such as Puchka and Roshagulla while conversing in Bengali. The video garnered much appreciation from desi YouTube users.

About Aditi AhujaAditi loves talking to and meeting like-minded foodies (especially the kind who like veg momos). Plus points if you get her bad jokes and sitcom references, or if you recommend a new place to eat at.