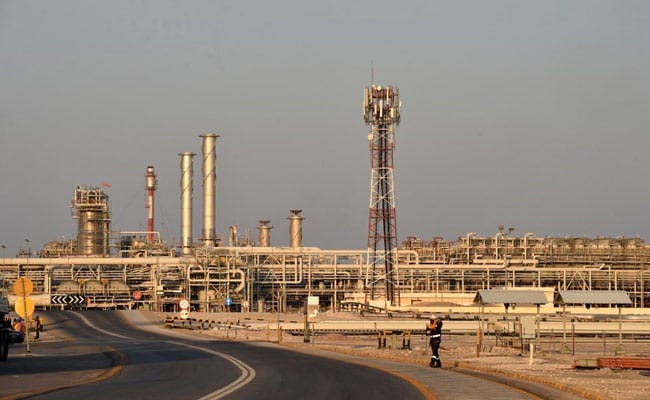 Huthi rebels launched multiple attacks into southern Saudi Arabia Saturday, including one on a facility run by oil company Aramco in Jizan, the Saudi-led coalition fighting the rebels in Yemen said in a statement.

Quoted by the Saudi Press Agency (SPA), the coalition said that four drones had been launched into the region, which is regularly targeted by Huthi drone and missile attacks.

There was no loss of life, it said.

As well as the Aramco facility, the rebels also hit a desalination plant in Al-Shaqeeq.

In later statements, the coalition announced that the Dhahran Al-Janoub power station near Jizan had also been attacked — with the SPA posting photos and a video clip showing firefighters tackling a blaze at the site.

The fourth target was a gas station in Khamis Mushait.

The drones were intercepted and destroyed near Yemen after the attacks, with a ballistic missile fired towards the city of Jazan also stopped, the coalition said.

The latest round of attacks comes after an oil refinery in the Saudi capital Riyadh was targeted on March 10 by a drone, an operation claimed by the Huthis.

Earlier this week, the Huthis rejected an invitation from the six-nation Gulf Cooperation Council to attend talks on the Yemen conflict, to be held in Riyadh from March 29.

Saudi Arabia is leading a military coalition in Yemen in support of the internationally recognized government, which has been engaged in a bloody conflict against the Huthis since mid-2014.

The war has cost hundreds of thousands of lives, directly or indirectly, and displaced millions, in what the United Nations has called the world’s worst humanitarian crisis.

On Wednesday, the UN voiced disappointment after a donors’ conference raised $1.3 billion, far short of the $4.27 billion target.

Huthi rebels often target airports and oil facilities in Saudi Arabia, one of the world’s largest oil exporters, against the backdrop of the kingdom’s leadership of the military coalition against them.

This latest attack comes as Aramco prepares to announce its 2021 results on Sunday.

Global oil markets are in a state of disarray over the impact of the Russian invasion of Ukraine and the effect it will have on energy supplies.