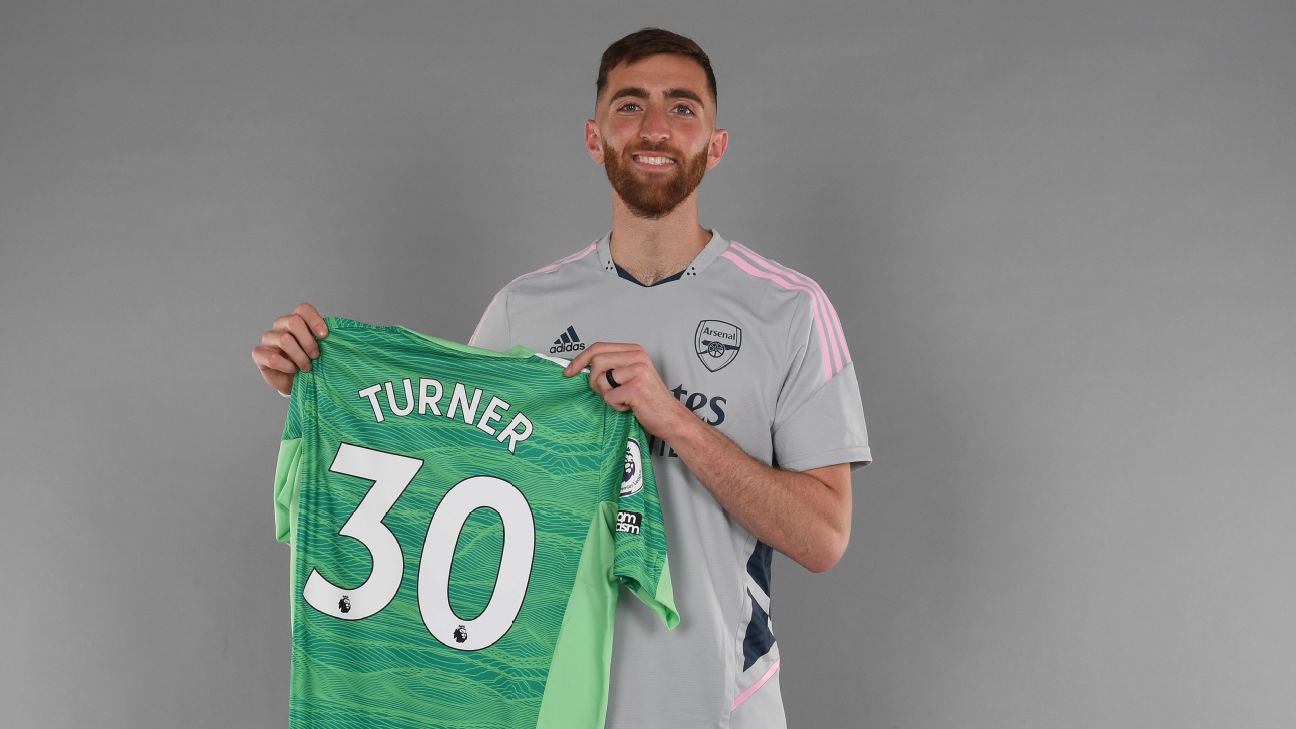 The 28-year-old agreed terms to join the Premier League side from the New England Revolution in February but remained with the Revs for the start of the 2022 MLS regular season.

Turner has signed a long-term contract at the Emirates Stadium and will wear the No. 30 jersey.

“Watching Arsenal as a kid, I fell in love with the way the team plays and the values of this club,” Turner said on the club’s Twitter page.

“It felt like a long shot, but why not dream of putting my team’s shirt on one day. So I dedicated my life to working at my game and being the best player and person that I could be.

“I was able to realise a dream and this is one of the best days of my life.”

Turner is set to join up with the Arsenal first-team for preseason training in July and will compete with Aaron Ramsdale and Bernd Leno for the No. 1 spot.

He becomes the latest player to join Arsenal after Fabio Vieira signed a long-term contract at the club while Manchester City‘s Gabriel Jesus is closing on a move to the Emirates.

Speaking to reporters in February, Turner mentioned that U.S. manager Gregg Berhalter was a “big supporter” of his move to Arsenal, and he remains confident that he will keep his place in the national side, where he is battling Manchester City keeper Zack Steffen for the starting spot.

Following loan stints with second-tier side the Richmond Kickers, he took over the No. 1 spot in 2018 and has been a mainstay ever since. He was named MLS Goalkeeper of the Year in 2021, a campaign in which he was also named the MVP of the MLS All-Star Game.

Turner has enjoyed a similar rise at the international level, making 18 appearances for the U.S. and backstopping the U.S. to the Gold Cup title, while winning the Golden Glove award as the tournament’s best goalkeeper.

“Matt is an experienced goalkeeper who will bring high quality to our squad,” Arsenal manager Mikel Arteta told the club’s website.

“He has shown with his performances in recent years in both the MLS and at international level with the United States that he is a goalkeeper who will give us added strength going into next season.

“We welcome Matt and his family to the club and we look forward to working together in the years to come.”