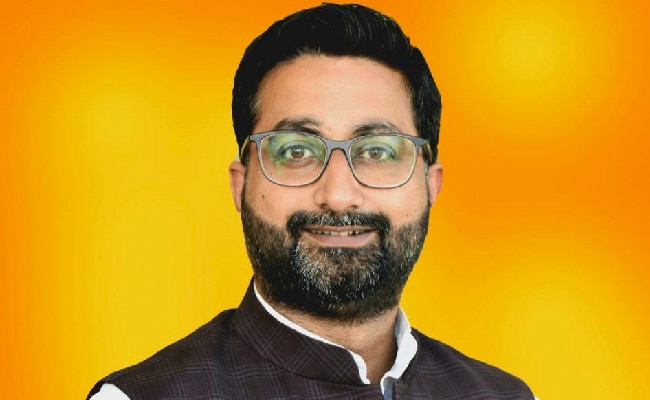 Besides Yogi Adityanath, 52 ministers were sworn in today.

As Uttar Pradesh Chief Minister Yogi Adityanath was being sworn in, the list of his cabinet colleagues revealed that Danish Azad Ansari has replaced Mohsin Raza as the Muslim face of the BJP in the state. Mr Ansari, a resident of the Balia district, has been a member of the Urdu Language Committee of the UP government. He is also the state general secretary of the BJP Minority Morcha in Uttar Pradesh.

Mr Ansari started his political career as a student leader at Lucknow University. He has held several positions in the RSS-linked student organisation ABVP.

He was appointed member of the language committee after the BJP came to power in 2017.

He has been continuously active among youth and minority groups, which is being seen as a reason for his ministerial berth. Mr Ansari has been loyal to the top leadership of the party and often expresses his gratitude towards them.

He had earlier said that the Yogi Adityanath-led government in UP is committed to the upliftment of minorities and the youth. Raising the standard of education and implementing welfare schemes aimed at minorities was the state government’s priority.

Many big names who were Ministers in the previous cabinet have been dropped in the second term.

Srikant Sharma, Satish Mahana, Mahender Singh, Siddharth Nath Singh, Neelkant Tiwari, and Mohsin Raza are among those left out to the cabinet this time.

Yogi Adityanath was sworn in today as Uttar Pradesh Chief Minister for the second time, a 37-year-record, in a ceremony at a packed Lucknow stadium where Prime Minister Narendra Modi, top BJP leaders and Bollywood stars were present.

Keshav Prasad Maurya, who lost the election, has been retained as Deputy Chief Minister but Dinesh Sharma, who did not contest the assembly elections this time, has been replaced with Brajesh Pathak. Mr Pathak, Law Minister in Yogi Adityanath’s first term, is a Brahmin strongman who won his second election from a seat in Lucknow.

Besides Yogi Adityanath, 52 ministers were sworn in.

The BJP retained power in Uttar Pradesh by winning 255 out of 403 constituencies, securing a 41.29 per cent vote share.

Yogi Adityanath, who led his party to a massive victory, is the first Chief Minister in 37 years to return to power after completing a full term in the state.