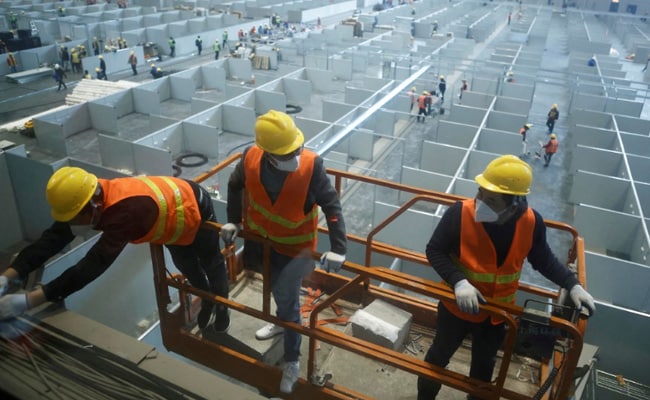 Lu, 99, was a long-time resident at Shanghai’s Donghai Elderly Care hospital, her loved ones secure that she was getting round-the-clock care at the city’s largest such centre.

That was before COVID-19 struck China’s biggest city last month, the country’s worst outbreak since the virus emerged in Wuhan in late 2019, infecting multiple patients, doctors and care workers at the 1,800-bed facility.

Orderlies posted cries for help on social media, saying they were overwhelmed. Relatives told Reuters that there had been several deaths.

Lu, whose relatives asked that she be identified only by her surname, had coronary heart disease and high blood pressure. She caught COVID and, though she had no symptoms, was being transferred to an isolation facility, her family was told on March 25.

She died there seven days later, the cause of death listed as her underlying medical conditions, her granddaughter said.

Among the questions she has about Lu’s final days was why elderly patients had to be quarantined separately, away from the care workers most familiar with their conditions under China’s quarantine rules.

Her frustrations reflect those of many with China’s no-tolerance COVID policy. Everyone testing positive must quarantine in specialised isolation sites, whether they show symptoms or not.

Shanghai has become a test case for the country’s strict policy. Home quarantine is not an option and, until public outrage prompted a change, Shanghai was separating COVID-positive children from their parents.

From March 1 to April 9, China’s financial hub reported some 180,000 locally transmitted infections, 96% of which were asymptomatic. It reported no deaths for the period.

A Donghai staffer who answered the phone on Sunday declined to answer questions, directing Reuters to another department, which did not respond to repeated calls.

Asked for comment, the Shanghai government sent a local media report with a first-person account of life at one of the quarantine centres. The unidentified author said he wanted to dispel fears that such sites were terrible, saying he received ample meals and medicine but recommending people bring earplugs and eye masks.

The United States has raised concerns about China’s COVID approach, advising its citizens on Friday to reconsider travel to China “due to arbitrary enforcement of local laws and COVID-19 restrictions.” Beijing dismissed the U.S. concerns as “groundless accusations”.

When Lu was being quarantined, the family asked, “Who is going to care for her? Will there be care workers, doctors?,” her granddaughter said. “My grandmother is not someone who can live independently.

“If the care worker had COVID and no symptoms, why couldn’t they stay together?,” she said. “The chaos and tragedies happening in Shanghai this time really boil down to cruel policies.”

A relative of Donghai patient Shen Peiying, who gave his surname as Qiu, said he believes the quarantine policy contributed to the April 3 death of the bedridden 72-year-old.

She had not caught COVID, he said, citing test records he saw on China’s health app. After weeks of little communication, staff rang to say Shen had died from a chest infection.

Qiu has refused to consent to her cremation, citing such unanswered questions as what care she received after her regular care worker was quarantined.

“If they were all in quarantine, who was there to take care of the patients?,” Qiu said.

Shanghai is doubling down on the quarantine policy, converting schools, recently finished apartment blocks and vast exhibition halls into centres, the largest of which can hold 50,000 people. Authorities said last week they have set up over 60 such facilities.

These steps, including sending patients to quarantine sites in neighbouring provinces, have been greeted by the public with a mixture of awe at their speed and horror over conditions, prompting some Shanghai residents to call for home quarantine to be allowed.

While Chinese state media has shown hospitals with just two or three patients per room, patients like those sent to Shanghai’s giant exhibition centres say they live side by side with thousands of strangers, without walls or showers and with ceiling lights on at all hours.

Videos on Chinese social media have shown hastily converted quarantine sites, including a ramshackle vacant factory where a number of camping beds were placed, a site made out of shipping containers and a school with a poster saying blankets and hot water were not available.

A source verified the first video. Reuters could not independently verify the others.

Management of such sites has been a concern.

One viral video last week showed patients at a site called the Nanhui makeshift hospital fighting for supplies. Reuters could not reach the facility on Sunday for comment.

Among those posting on social media was Shanghai resident Li Tong, who asked for help after his wife was sent there. He said things got better when more staff arrived to organise the patients but that he was shocked by what the videos showed and what his wife told him.