“Energy,” a song on Beyoncé’s new album Renaissance, samples Kelis’ iconic 2003 hit “Milkshake,” but apparently that was news to Kelis.

Ahead of the album release, the artist spoke out on social media, calling out Beyoncé and The Neptunes’ Pharrell Williams and Chad Hugo for not telling her that her work would be used on the record. She commented on a fan Instagram post earlier this week that mentioned the sample, saying, “My mind is blown too because the level of disrespect and utter ignorance of all 3 parties involved is astounding. I heard about this the same way everyone else did. Nothing is ever as it seems, some of the people in this business have no soul or integrity and they have everyone fooled.” 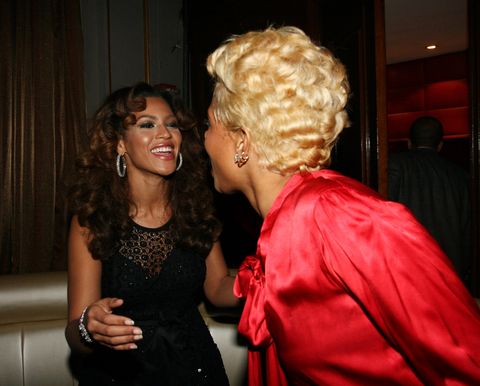 She further expressed her frustration yesterday with two videos on Instagram. “The reality is that my real beef, is not only with Beyoncé, because at the end of the day, she sampled a record, she’s copied me before, so have many other artists, it’s fine, I don’t care about that,” Kelis said. She added that it would have been “common decency” for someone to reach out and at least give her a heads up.

“Especially because, as so many of you pointed out — I know what I own and what I don’t own,” Kelis continued. “I also know the lies that were told. I also know the things that were stolen. Publishing was stolen, people were swindled out of rights. It happens all the time, especially back then. So, it’s not about me being mad about Beyoncé.”

The deeper issue here stems from Kelis’ contract and publishing troubles with Williams and Hugo, whom she collaborated with earlier in her career. She told The Guardian in a 2020 interview that as a young artist, she was “blatantly lied to and tricked” by “the Neptunes and their management and their lawyers and all that stuff,” and as a result, she made nothing from her first two albums, which were produced by the Neptunes.

“Pharrell knows better. This is a direct hit at me,” Kelis also said in her video, calling the snub “very petty” and “passive aggressive.”

She later added, “I have the right to be frustrated. Why? Because no one had the human decency to call and go, ‘Hey, we’d like to use your record.’” At the time of writing, Beyoncé and the Neptunes haven’t publicly responded to Kelis’ comments.

The official credits for “Energy” say the song “Contains an interpolation of Milkshake written by Pharrell Williams, Chad Hugo and performed by Kelis.”

While Kelis’ posts attracted some angry comments, she also received respect from fans who supported her for speaking up and reflected on her lasting musical influence, hoping she will finally get her due.

Take a listen to “Energy” for yourself and read through the lyrics below.

We was just chillin’, minding our business
Popping our pain and champagne through the ceiling
Sippin’ it up, flickin’ it up
All this good energy got you all in your feelings, feelings
I’m crazy, I’m swearing
I’m daring, your man’s staring
I just entered the country with derringers
‘Cause them Karens just turned into terrorists

Erica Gonzales is the Senior Culture Editor at ELLE.com, where she oversees coverage on TV, movies, music, books, and more. She was previously an editor at HarpersBAZAAR.com. There is a 75 percent chance she’s listening to Lorde right now.