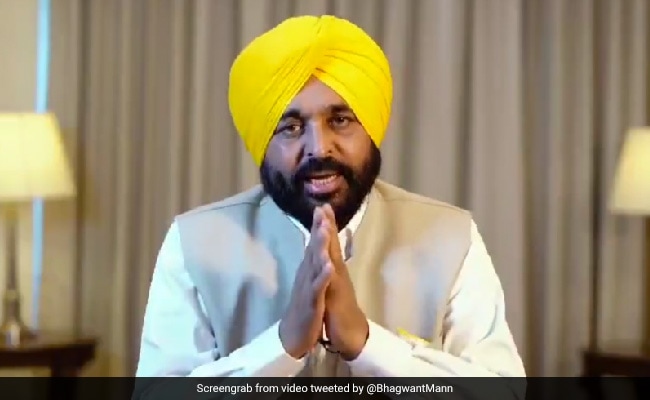 Bhagwant Mann tweeted that 99% of government employees are honest, but 1% are corrupt.

Punjab’s new Chief Minister, Aam Aadmi Party’s Bhagwant Mann, announced the launch of an anti-corruption helpline today. Mr Mann, who took oath yesterday, promising that he would not “waste a day”, said the helpline number will be launched on March 23, the birth anniversary of freedom fighter Bhagat Singh.

“The anti-corruption helpline number will be my personal number… If anybody asks for bribe, send audio and video on that number,” he said in a tweet.

The number will be exclusively for people to upload videos of corrupt officials demanding bribe for their day to day work or indulging in other malpractices. Such officials, he later said, will be given exemplary punishment.

Eradication of corruption from Punjab was one of the key promises of AAP, which traces its birth to the anti-corruption movement of freedom fighter and Gandhian Anna Hazare.

On February 5, party chief and Delhi Chief Minister Arvind Kejriwal had promised to “end corruption in government jobs if AAP government is formed”.

In his first meeting with police and administration officials today, Mr Mann stressed on the need for a corruption-free government.

“Corrupt officers have no place in my government and if any such complaint comes to my notice, then don’t expect any sort of sympathy for such officers,” he told the officials who had assembled at the Chief Minister’s Office.

In a first, the Chief Minister also announced reward for both civil and police officers. The “Best Performance Award” will be given quarterly for making a difference in the lives of common man at the grassroots level, besides ensuring free and fair justice.