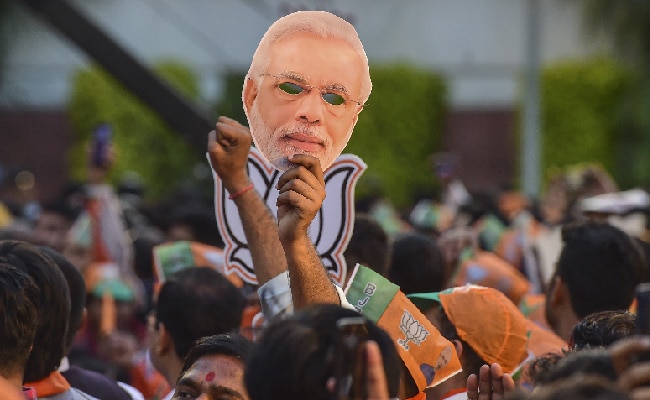 Elections 2022: The newly-elected MLAs in Manipur are taking oath today.

The BJP will form governments in the four states it won in the recently concluded elections after Holi (March 18), sources said today. Chief Ministers for Uttar Pradesh, Uttarakhand, Goa and Manipur will reportedly be chosen after the festival.

The party is coordinating between states to organise swearing-in ceremonies in such a way that senior leaders can comfortably attend them in all four states.

A meeting of MLAs, to be supervised by senior party leaders Dharmendra Pradhan and Piyush Goyal, has been called in Uttarakhand the day after Holi. The oath-taking ceremony in the hill state might be held on March 20.

The newly-elected MLAs in Manipur are taking oath today. Those in Goa will do it tomorrow. State assemblies have been dissolved in both these states.

Protem speakers of the assembly will administer the oaths.

Uncertainty over Chief Ministers in Goa, Manipur and Uttarakhand are still continuing for various reasons.

Manipur Chief Minister N Biren Singh was declared the Chief Minister candidate again before the assembly elections this time but another leader is reportedly in the race for the top job in the northeastern state.

Goa’s Chief Minister Pramod Sawant was also to return for a second term but many other candidates are now making claims for the top job, sources said.

UP Chief Minister Yogi Adityanath has been in Delhi for the last two days, possibly discussing the formation of his council of ministers with party seniors.

BJP has called a parliamentary party meeting tomorrow at 9:30 am where Prime Minister Narendra Modi will address the party’s MPs. It will be held at the Ambedkar centre.