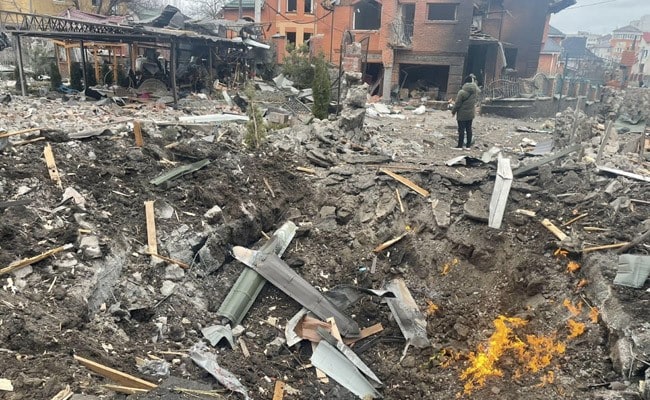 China has dismissed as fake news rumours about sending troops to Russia, including a “cropped” picture showing a fully-loaded Chinese military truck convoy at the border with Russia, according to a media report on Friday.

A photo circulating on Twitter is a cropped version of a picture first published in 2021, China’s internet watchdog said.

China had earlier denied reports that Russia had asked it for military support in its Ukraine military offensive.

The Cyberspace Administration of China (CAC), the country’s internet watchdog, said on Thursday that there were many fake news reports online aimed at discrediting China’s position on the war in Ukraine, the Hong Kong-based South China Morning Post reported on Friday.

A photograph of a long line of fully-loaded Chinese military vehicles travelling at night has circulated on Twitter, triggering speculation that China was providing assistance to Russia.

But it was actually an edit of an old shot from May 2021, the CAC said.

A tweet had said a photo of 200 to 300 People’s Liberation Army (PLA) trucks was taken by a local driver on March 14 in the north-eastern Heilongjiang province, near Suifenhe, a town on the border with Russia.

The original photo was an official publicity shot of a PLA regiment’s night transport exercise in the western region of Xinjiang last year, which was first published in the official PLA Daily on May 10, 2021, the CAC said.