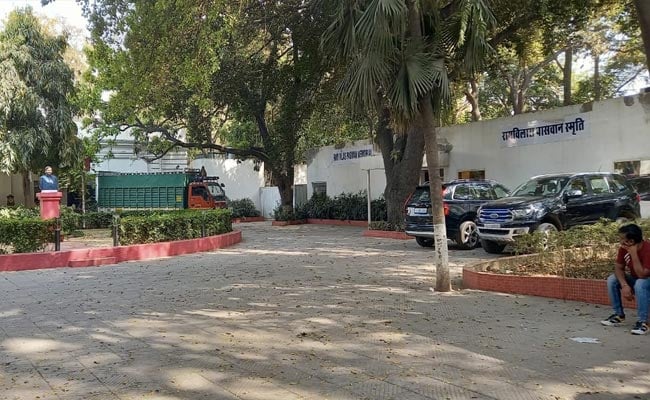 The government has sent a team to the premises at 12 Janpath Road.

Chirag Paswan, Lok Sabha MP and son of former Union minister Ram Vilas Paswan, is being evicted from the bungalow allotted to his late father, sources said. The government has sent a team to the premises at 12 Janpath Road and Chirag Paswan’s belongings are being removed.

The 12 Janpath Road bungalow, two doors down from Congress chief Sonia Gandhi’s residence, is earmarked for the use of Union ministers. Chirag Paswan was asked to vacate the premises last year – almost a year after the death of after the death of Ram Vilas Paswan.

The former food minister in Prime Minister Narendra Modi’s cabinet had died in October 2020, days after a heart surgery.

The house has been the official address of the Lok Janshakti Party in Delhi and was used for all the official events and organizational meetings of the party.

After his death, the party had illegally converted the bungalow to a memorial, installing his statue in the lawn. In 2000, the Centre had banned conversion of Lutyens’ bungalows into memorials.

Today, the Directorate of Estates — under the Union Housing and Urban Affairs Ministry — sent the team of to the bungalow in the heart of the city to execute the eviction order.

Following the death of Ram Vilas Paswan, the party he founded has also split, as differences cropped up between his son and brother Pashupati Kumar Paras over his legacy and the leadership of the party.

Overstaying in Lutyen’s bungalows by ministers and their families is fairly common.

In 2014, the government had a long back and forth with former union Minister Ajit Singh, who vacated his 12 Tughlaq Road bungalow after nearly 4 months of overstaying.

In 2020, the government sent a notice to Priyanka Gandhi Vadra asking her to vacate her bungalow, saying she is not entitled to the facility following withdrawal of her SPG protection.The matter escalated into a full-fledged political battle as the Congress accused the government of “hatred” and “vendetta”.