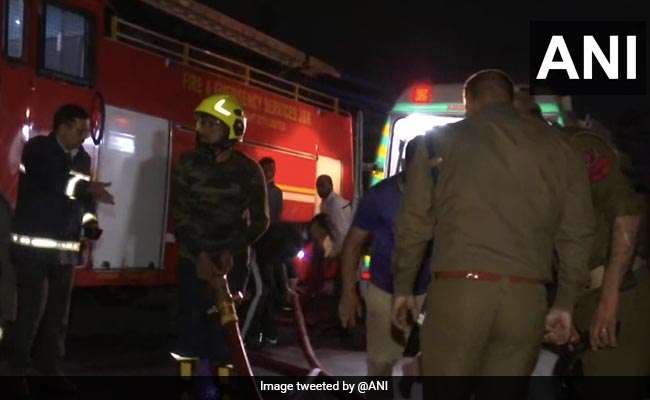 Officials say fire tenders rushed to the spot and brought the blaze under control.

Three persons were killed and 15 others injured in a massive fire in Jammu this evening. The fire broke out at a scrap shop at Residency Road in Jammu and later spread to adjacent structures. Police said the fire was caused due to a short circuit and subsequent gas cylinder blasts.

The injured have been shifted to hospital where conduction of some is stated to be critical.

Officials say fire tenders rushed to the spot and after hectic efforts the blaze was brought under control.

J&K Lieutenant Governor Manoj Sinha has announced a compensation of Rs 5 lakh to families of the victims.

“Ex-gratia of Rs 5 Lakh each to be given to the families of the victims in Jammu LPG Cylinder blast incident. A compensation of Rs 1 Lakh to be given to the seriously injured and Rs 25,000 to those with minor injuries,” tweeted the office of J&K Lieutenant Governor.