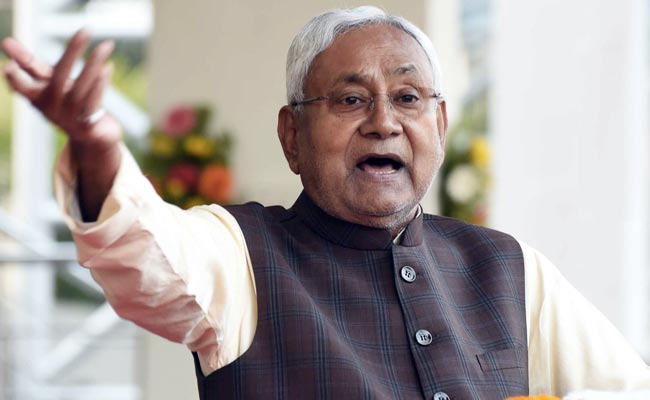 Nitish Kumar is the junior partner in the alliance with the BJP in Bihar. (File)

Four days after Bihar Chief Minister Nitish Kumar lost his temper in the assembly and accused the Speaker of “openly violating” the constitution over a run-in with some police officers, the BJP leader appeared to have scored the last laugh.

The junior partner in the alliance with the BJP, Nitish Kumar on Friday signed off on the transfer of a senior police officer from Lakhisarai who had displeased Speaker Vijay Kumar Sinha of the BJP.

The move appears to have laid bare what many knew already, that Mr Kumar may be Chief Minister, but when it comes to the government, it is the BJP that is calling the shots, even leaders in his party, the Janata Dal-United (JDU), concede privately.

Several BJP leaders too, on the condition of anonymity, said that the message was clear: If Nitish Kumar wants to retain the chair of Chief Minister, he can’t get away by insulting a senior leader, especially someone armoured with a constitutional post like a Speaker.

Despite Friday being a government holiday for Holi, Nitish Kumar who is also the Home Minister, issued the marching orders to Ranjan Kumar, Sub-Divisional Police Officer (SDPO) of Lakhisarai, the assembly constituency of Mr Sinha.

The BJP leader had been furious with the senior officer after the arrest of two party supporters last month for organising a cultural programme in violation of COVID-19 rules.

During the ongoing budget session of the Bihar Assembly, several BJP MLAs raised the issue of the arrests, demanding action against the police officers, particularly for rebuffing Mr Sinha’s directions to sort out the issue.

On Monday, when despite a government response in the assembly, Mr Sinha rescheduled the matter once again for Wednesday, an angry Nitish Kumar had charged at him, saying that he was going against the constitution – creating an unprecedented scene inside the house.

The episode was the latest in the souring of ties between the BJP and Mr Kumar who returned to power in Bihar in 2020 but with a vastly diminished share in the ruling coalition, having won far fewer seats than his ally for the first time.

Finally, it was on the insistence of senior ministers of both the parties, that Nitish Kumar went to meet Mr Sinha and seek a truce where it was promised that officers who had riled the Speaker will soon be relocated.