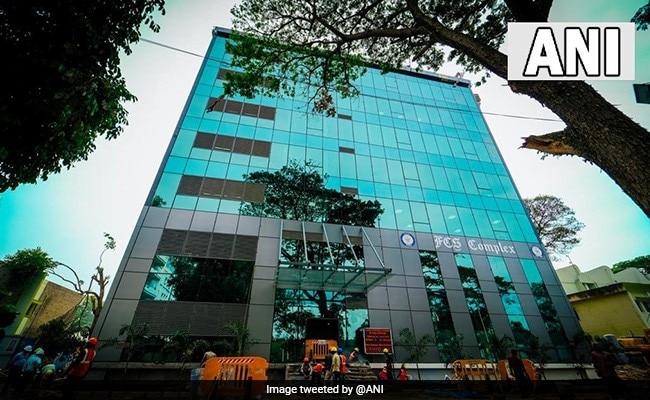 A seven-storey building whose construction has been completed in 45 days for the homegrown fifth-generation fighter aircraft programme would be inaugurated by Defence Minister Rajnath Singh in Bengaluru on Thursday.

The Defence Research and Development Organisation (DRDO) has built the seven-storey building in the record 45 days using In-House Developed Hybrid Technology which would be used as the R&D facilities for the indigenous development of fifth-generation Advanced Medium Combat Aircraft (AMCA) in Bengaluru. 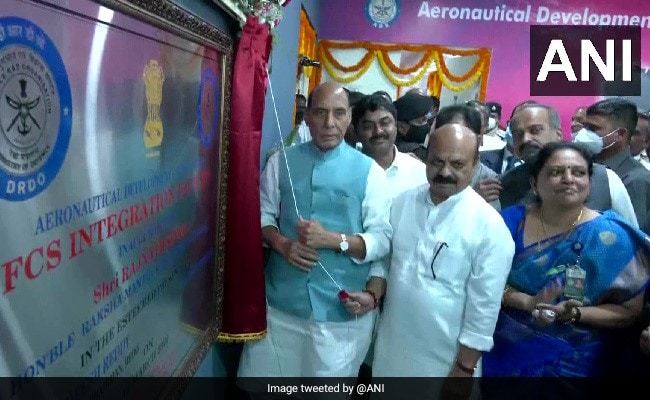 The Flight Control System (FCS) Complex at Aeronautical Development Establishment (ADE) is a seven-storeyed building with a plinth area of 1.3 lakh square feet.

DRDO has completed the construction of a multi-storeyed (G 6) infrastructure for Flight Control System at ADE Bengaluru with in-house developed Hybrid technology consisting of conventional, pre-engineered and precast methodology.

“The building would be used for the development of Avionics for Fighter Aircrafts and Flight Control System (FCS) for AMCA being undertaken by Aeronautical Development Establishment (ADE) Bengaluru. Defence Minister Rajnath Singh is expected to be given a presentation on the project inside the building itself,” said the DRDO officials. 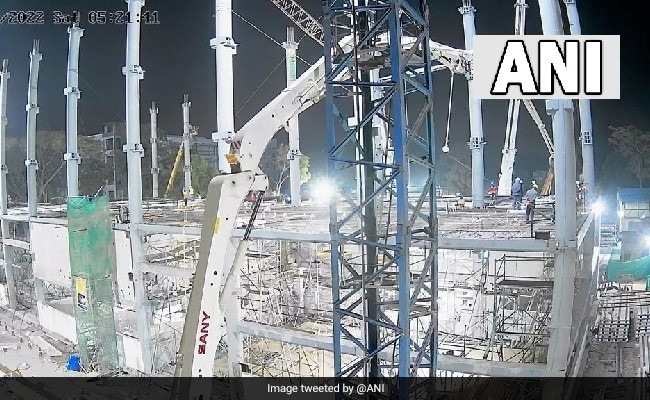 The foundation stone for this project was laid on November 22, 2021.

He said that to support the R&D activities of developing Avionics for Fighter Aircrafts and Flight Control System (FCS) for Advanced Medium Combat Aircraft (AMCA) being undertaken by Aeronautical Development Establishment (ADE) Bengaluru, it was decided to provide necessary state of the art infrastructure through composite construction technology in the shortest time frame of just 45 days.

The foundation stone for this project was laid on November 22, 2021, and actual construction began on February 1, 2022. “It is a unique record of completing a permanent building of seven stories with Hybrid construction technology that too in ready to move condition for the first time ever in the history of the construction industry in the country,” the Official added.

The building would be used as the R&D facility for the indigenous development of fifth-generation Advanced Medium Combat Aircraft (AMCA) in Bengaluru. pic.twitter.com/jINnQjPB1E

In Hybrid Construction Technology, the column and beam elements of the structural frame are built with steel plates, the columns are of hollow steel tubular section. These Columns are concrete-filled steel hollow cross-sections.

The slabs are partially precast and all these structural members are assembled at site. Concreting is done simultaneously to make the structure monolithically cast thus eliminating any dry joints as in the case of precast construction. 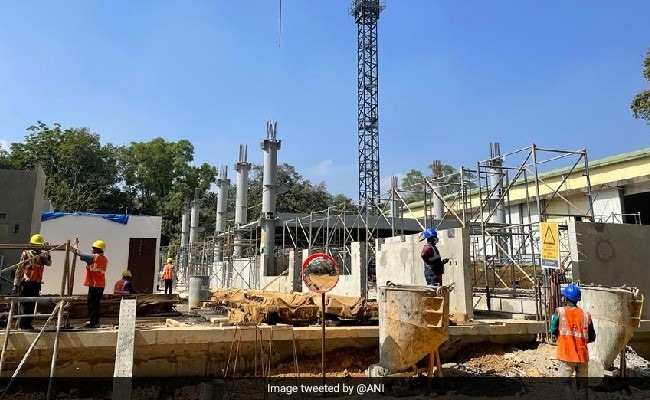 The slabs are partially precast and all these structural members are assembled at site.

In this case of concrete-filled hollow sections, the steel provides a permanent framework to the concrete core which reduces the time and effort drastically as compared to conventional construction.

The state-of-the-art building is also provided with VRF air-conditioning system along with an electrical system and fire protection as per the standard National building code.

All structural design norms as per relevant IS Codes and relevant codes have been adhered to. Design check and technical support were provided by IIT Madras and IIT Roorkee teams.