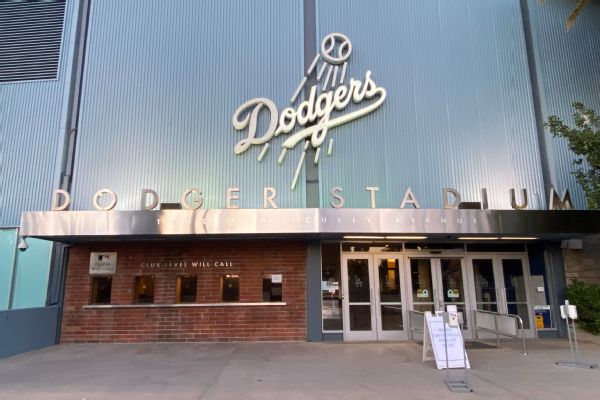 Dodger Stadium concession workers have relinquished plans for a strike during next week’s All-Star Game after threatening to do so in an effort to secure higher wages.

In a joint statement Friday by union Unite Here Local 11 and employer Compass Group/Levy Restaurants, the two sides said they “have made substantial progress” in negotiations.

“On this basis, Local 11 has agreed not to strike during the All-Star Game and related events,” the statement said. “Both parties look forward to a successful All-Star Game and continued contract negotiations.”

Dodger Stadium is hosting its first All-Star Game in 42 years, beginning with the Futures Game on Saturday, the Home Run Derby on Monday and the Midsummer Classic on Tuesday. But the threat of a strike from the 1,500 or so food servers, bartenders, suite attendants, cooks and dishwashers employed at Dodger Stadium by the Chicago-based Levy Restaurants added a complication leading up to one of Major League Baseball’s jewel events.

Unite Here Local 11, which represents more than 32,000 hospitality workers in Southern California and Arizona, said in a press release Monday that 99% of Dodger Stadium employees favored a strike.

The average concession stand worker at the stadium makes $12,000 for 81 home games, according to Unite Here, creating the need to work multiple venues simultaneously amid surging inflation and higher gas prices. The absence of fans during the coronavirus-shortened 2020 season and for a large portion of 2021 further complicated their situation.