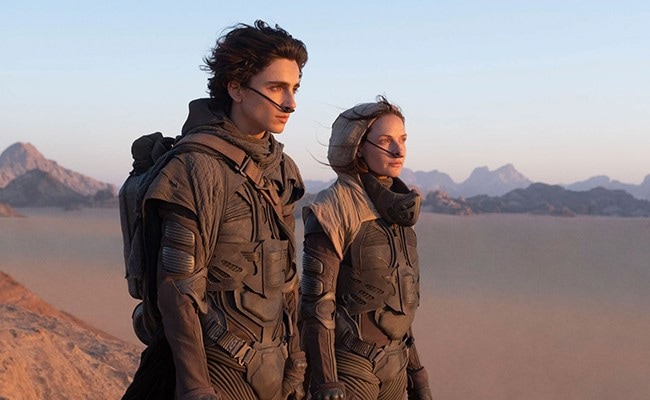 Hollywood’s glitziest night in showbiz began with the red-carpet glory and transitioned into the awards being handed out. Dune is the big winner at the 94th Academy Awards with six Oscars so far – it is nominated for 10. Four of Dune’s wins were announced even before the ceremony began. Of the eight Oscars handed out off-camera, Dune won Best Original Score, Best Sound, Best Film Editing, Best Visual Effects, Best Production Design. The wins were announced on the Academy’s social media handles Dune also won Best Cinematography and Best Visual Effects. Ariana DeBose won the award for the Best Supporting Actress for Steven Spielberg’s West Side Story. It was a rare instance of two performers winning Oscars for playing the same fictional character. She won for her role as Anita in the film. Back in 1962, Rita Moreno won the Oscar for Best Supporting Actress for playing Anita in the West Side Story. Ariana DeBose has swept this year’s awards season, winning a Golden Globe, BAFTA and SAG award.

The Academy Awards this year – like most years, to be honest – has navigated controversy. Despite fierce criticism, eight awards have been presented off-camera; these are – Best Documentary Short, Best Live Action Short, Best Animated Short, Best Original Score, Best Makeup And Hair, Best Film Editing, Best Sound and Best Production Design). Actress Rachel Zegler, star of Best Picture nominee West Side Story, was invited as a presenter after she revealed on social media that she had not received an invite to the Oscars. A fan favourite award called ‘Oscars Cheer Moment’ is also being given out, based on votes via Twitter.

Best Makeup and Hair: The Eyes of Tammy Faye

(This list is being updated as winners are announced)