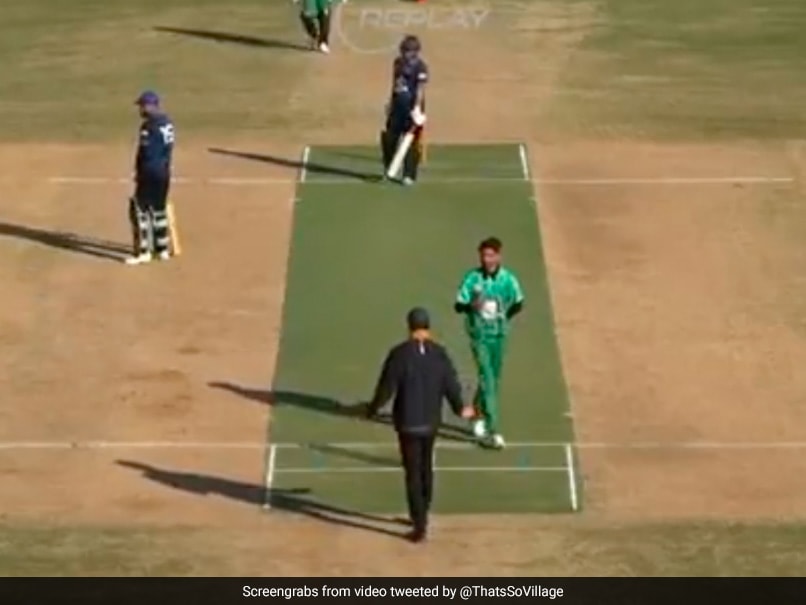 The non-striker backed up quite far and started to run even before the ball was bowled.© Twitter

In the world of cricket, the tussle to steal a quick run can bring in all sorts of possibilities into play. Run-out, overthrows, a great effort in the field and much more. Each run helps in rotating the strike and keeps the scoreboard ticking. But there are times when trying to get to the end can lead to hilarious circumstances. A similar occurrence took place during a European Cricket match that had everyone in splits. In a video shared on Twitter, the batter at the non-striker’s end starts sprinting for a run, but he forgets to take into account a very important aspect — the ball was yet to be bowled.

This highly improbable act was on display as the batter left his crease and covered almost three-fourth of the pitch before realising that the bowler didn’t release the ball.

Interestingly, the bowler chose not to remove the bails or ‘Mankad’ the non-striker as he put in a superb ‘spirit of cricket’ gesture to give him another life.

The bowler was quick to complain and point this out to the umpire who in turn cautioned the non-striker for this incident.

The ‘mankading’ of a batter has been in the news off late. Recently, the Marylebone Cricket Club (MCC) Laws sub-committee made certain amendments to the ‘mankading’ law and put it in the category of a ‘run-out.’