Yogi Adityanath was sworn in with one spanking-new Deputy and another who has got a second term.

Brajesh Pathak, the new entrant, is a Brahmin and replaced Dinesh Sharma (who won his election). Keshav Prasad Maurya, an OBC or Other Backward Castes leader, remains Deputy despite having lost his election. It is the BJP’s attempt at balancing caste formula. It is also perhaps a balancing act of a different kind – Adityanath and Maurya did not have the smoothest relationship during their first term.

Adityanath is the first Chief Minister of Uttar Pradesh in 37 years to get a second consecutive term. It is an enviable accomplishment and props him up even further as a BJP superpower. Which means even more talk about the party’s central leadership wanting to ensure checks and balances against his one-man-show sort of style. “Bulldozer Baba” may not have been intended entirely as a compliment but that is how it has been received by Adityanath.

The BJP’s succulent victory is owed in part to it managing to hold onto non-Yadav OBCs. This is the group that saw outsize attention from Akhilesh Yadav, the head of the Samajwadi Party. And the BJP has given them 21 reasons to stay, as the song goes, with 21 portfolios. The upper castes have got an equal amount.

A very important takeaway is that AK Sharma, a former top bureaucrat and Modi loyalist who was sent to UP by the Prime Minister, has joined the cabinet. Sharma was not made to feel welcome by Adityanath when he arrived in his home state last year to allegedly keep a close watch on the Chief Minister. 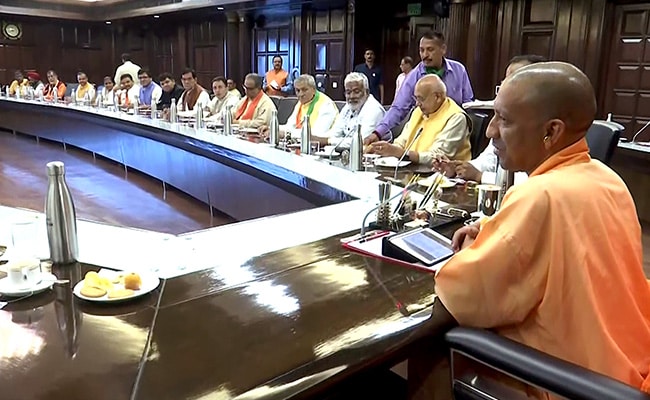 Baby Rani Maurya, a Dalit, got cabinet status as the BJP wants to vacuum up Mayawati’s Dalit voters.

Yogi 2.0 also saw him exercise his veto and call time on the ministerial careers of Shrikant Sharma and Sidharth Nath Singh, who are seen as nominees of Delhi. Despite 31 freshers, Yogi 2.0 is pretty much like Yogi’s first term. Yogi has a trusted coterie of officials (all Thakurs like him) and aides from his vigilante group, the Hindu Yuva Vahini. They have always acted as his kitchen cabinet, functioning from the fifth floor of the Lucknow secretariat.

Like Modi, Yogi works through trusted officials and identically to Modi, they are given extension after extension when they hit retirement.

So what will Yogi Redux mean for UP? Primarily, the job of the Yogi government and the BJP state unit, run by stalwart Sunil Bansal, Sangathan Mantri (organisation head), is to ensure the return of the Modi government at the centre. Yogi will have to work closely with Bansal, who is in the circle of trust of Modi and Amit Shah. Noticeably, cheers went up at Sunil Bansal’s name as Shah addressed the legislator party meeting.

The next two years will be Lucknow working hard to land Delhi for Modi. So welfare delivery will be further strengthened, as the BJP believes that it enabled the party to push through a rough patch. AK Sharma, who had coordinated rations delivery after the second vicious wave of Covid, will be the main coordinator between UP and the Prime Minister’s Office on this. 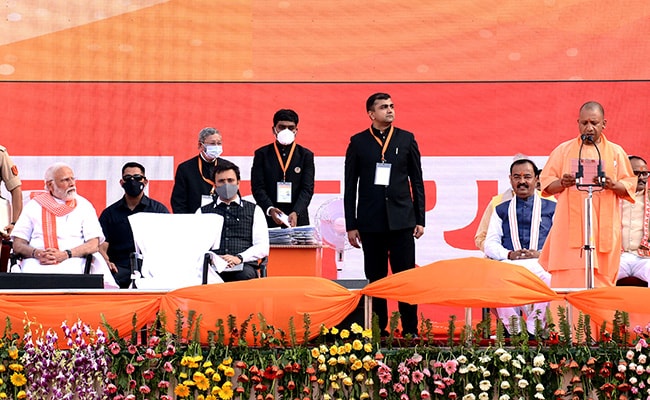 Yogi fervently believes his “strong leader” image, the hard man of law and order, swung him this record second term and will keep aggressive policing complete with the symbolic bulldozer as his call sign.

This time around, he wants industry endorsement to add to his growing national profile and help in the severe job crisis in UP. Expect trips to Noida and growth summits.

Yogi will have to address the stray cattle menace on a war footing as both Modi and Shah have made public assurances on this. This will be a big measure of how Yogi works as the farmers are keeping a beady eye on the “maveshi” (big cattle).

Yogi is also likely to bring a bill for a common civil code, much like his anti “Love Jihad law”, which was enthusiastically embraced by other BJP states.

Anyone aiming to manage him or influence his plans has their work cut out.

(Swati Chaturvedi is an author and a journalist who has worked with The Indian Express, The Statesman and The Hindustan Times.)