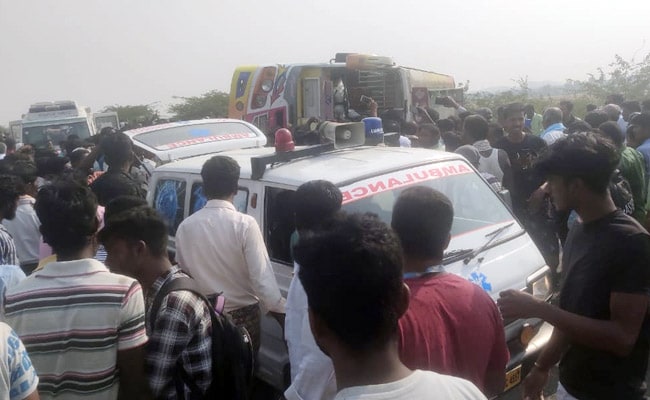 The bus can be seen toppled with some passengers trapped inside.

Eight people were killed and 20 others critically injured after a private bus they were travelling in overturned near Pavagada in Tumkur district of Karnataka on Saturday.

In a video available with NDTV, the bus can be seen toppled with some passengers trapped inside.

Police said initial investigations suggest that the bus, which was carrying 60 passengers, turned turtle after the driver lost control over the vehicle.

Witnesses said the bus was overcrowded and mostly students were travelling in it.