For those pinning any sort of hope on the group of Congress rebels, it may be time to revisit the odds. The team is showing all signs of (unwittingly) serving as a companion piece for the mainstream party. Not much to look at here.

Their meeting last night of about 29 Congress leaders included Mani Shankar Aiyar, the unguided missile who, before each of the last two general elections, crash-landed with his comments about the Prime Minister.

The presence of Aiyar, who has long been discarded by the Congress as any sort of influence, summarizes why the supposed rebellion against the Gandhis is interpreted by critics as a joke. 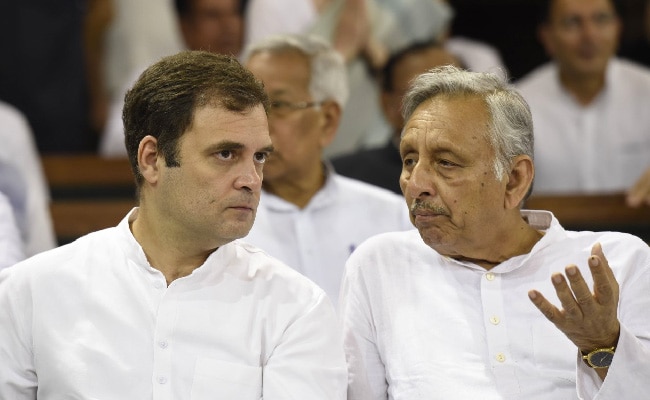 A newcomer to the “G-23” (there were 23 signatories to the first letter to the Gandhis in 2020 seeking urgent reform) is Preneet Kaur, the wife of Captain Amarinder Singh, removed unbecomingly as Punjab Chief Minister just four months before the election. That gambit led to disaster and the sole responsibility lies with Rahul Gandhi and sister Priyanka who insisted on siding with Navjot Sidhu in his ugly claim to power against Amarinder Singh. Yesterday, Sidhu was among the Congress state chiefs who had to resign, accepting ownership of the party’s humiliating performance in the five states that have just chosen new governments. 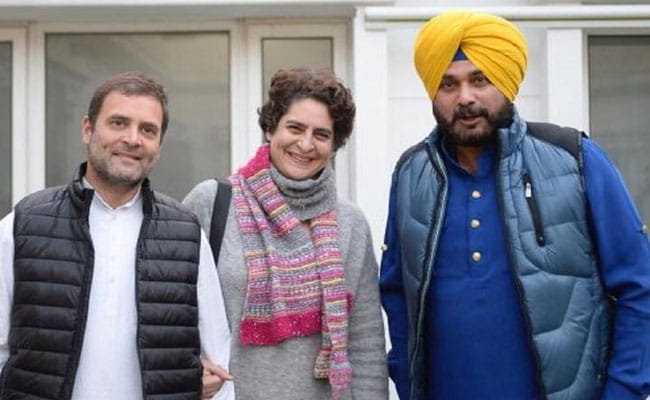 Also in attendance was former Gujarat Chief Minister Shankersinh Vaghela who is not a member of the Congress any longer (he exited in 2017 to form his own regional outfit).

I asked a senior leader about the presence of 81-year-old Vaghela and whether the G-23 is committed to a pretty open door-policy. I was told that Vaghela, like Aiyar, a former Gandhi family loyalist, is willing to fight for a more democratic Congress.

Aiyar did red-hot electoral damage to the Congress in 2014 by deriding Modi, then the BJP candidate for PM, as “a chai-wallah”. Ahead of the next general election, he doubled down by calling the PM “neech”. Both slurs cast the Congress as a casteist, elitist party. Rahul Gandhi, who was Congress President at the time, expelled him from the party but Modi and the BJP cashed in on the remarks.

In an interview to The Indian Express newspaper earlier this week, Kapil Sibal the Gandhis should give up the party’s leadership and give someone else a chance. He said the leadership (read Gandhis) is living in “cuckoo land” if the cause for the party’s massive decline is still uncertain to them.

Gandhi loyalists stress that the G-23 is a graying population, to say the least, with the majority of its players above the age of 70. Several were ministers in the Manmohan Singh government and have Rajya Sabha membership in common. Since the Congress currently doesn’t have many Rajya Sabha seats to offer, they will not return to parliament. That’s the sum of their motives, the loyalists snipe.

After the Congress’ top body, its Working Committee, met on Saturday, in what has become Standard Operating Procedure after defeat, the Gandhis offered to resign, just as an exclusive NDTV report had forecast. Those present “unanimously” refused the offer; many pleaded that it’s time for Rahul Gandhi to formally return as President.

As I wrote in an earlier column, the Congress lets Rahul Gandhi fail upwards. After every electoral battering, the cry goes up from the faithful that the party needs Rahul 2.0. It would be funny if it weren’t so tragic.

Kapil Sibal’s newspaper interview this week meant that the G-23 decided at the last minute to shift its dinner session from his home to that of Ghulam Nabi Azad. The consensus was that a gathering at the senior lawyer’s home would be seen as unnecessarily provocative. The rebels tip-toeing around the Gandhis, in their own way. The dissenters have also said, as reported by NDTV this morning, that the party cannot afford a split and that their call instead is for “inclusive leadership”. They have also registered their protest against the fact that those in charge of post-morteming the election defeat are those who effectively caused it. A poem written by a rebel leader mocking Rahul Gandhi and shared on a party WhatsApp group has incensed the family.

Sonia Gandhi has uncharacteristically asked the five state in-charges of the latest debacle to quit. Navjot Singh Sidhu, the architect of the Punjab debacle, put his resignation letter on Twitter and said he was following her directions. But the buck has stopped with the state chiefs. Priyanka Gandhi, who was in charge of UP, where the party’s vote share came down to an all-time low of 2.5 percent and 97 percent of candidates lost their deposit, continues as General Secretary in-charge of UP.

Meanwhile, as the two Chief Ministers of the Congress-ruled states of Chhattisgarh and Rajasthan respectively, Bhupesh Baghel and Ashok Gehlot are working to ensure that the Gandhi family continues in office. Gehlot wants to ensure he continues in office as rival Sachin Pilot is now restive for the job. Pilot had been promised by the Gandhis that he would get his turn as Chief Minister. Significantly, the 44-year-old has maintained complete silence on the dismal state results and has not come out in public support of the Gandhis. Baghel also wants to continue his run as Chief Minister without having to accommodate a revolt from rival and Health Minister T S Singh Deo. “Both Gehlot and Baghel are working on IOUs with the Gandhi family (to be encashed later),” a senior leader told me.

From poems about each other to reworking dinner venues – the Congress can’t stop, won’t stop its charted course. Modi, meanwhile, has already launched the Gujarat campaign.

(Swati Chaturvedi is an author and a journalist who has worked with The Indian Express, The Statesman and The Hindustan Times.)