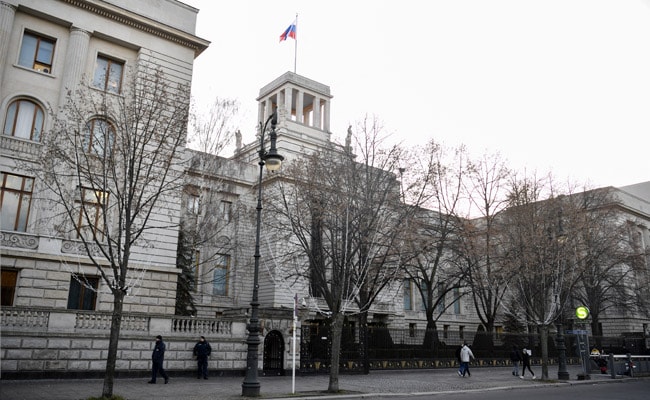 Germany on Monday said that it is expelling 40 staff members at the Russian embassy in Berlin.

Moscow said Monday that a decision by Germany to expel a number of Russian diplomats in response to Russia’s offensive in Ukraine was “unfriendly” and would worsen ties.

“The unfounded reduction in the number of diplomatic staff at Russian missions in Germany will narrow the space for maintaining dialogue between our countries, which will lead to a further deterioration in Russian-German relations,” the Russian embassy in Berlin said in a statement posted on Telegram.

Germany announced the mass expulsion of Russian diplomats amid European outrage over Moscow’s offensive in Ukraine, which has intensified after the recent discovery of corpses in the city of Bucha.

The Kremlin has “categorically” rejected accusations linked to the discovery of civilians killed in Bucha, with Russia alleging a “provocation” by Kyiv aimed at discrediting Moscow.

“We expressed our categorical rejection of the unilateral accusations by Berlin, which rushed to side with Kiev, without even waiting for an independent inquiry into the events in Bucha,” the Russian embassy said.

The Russian embassy confirmed that 40 members of Russian diplomatic missions in Germany had been told to leave the territory, as AFP had learned.

Berlin did not give a figure, saying only that there were a “large number” of diplomats.