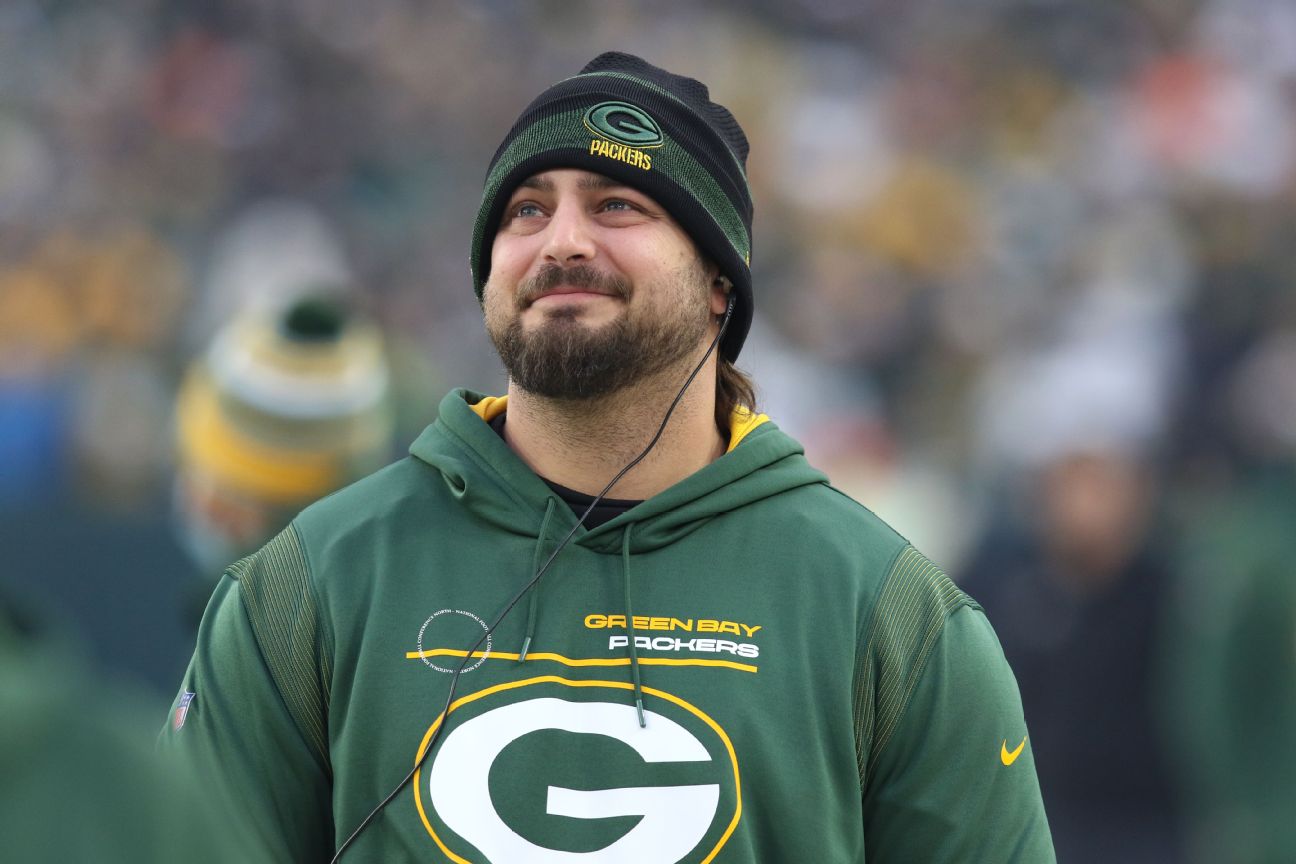 GREEN BAY, Wis. — There’s finally an explanation for why Green Bay Packers All-Pro left tackle David Bakhtiari still isn’t back from his torn ACL of 573 days ago: He had another knee procedure — which would be at least his third known surgery since the initial injury on Dec. 31, 2020.

Packers general manager Brian Gutekunst said Wednesday that Bakhtiari went back for another procedure this offseason. Coach Matt LaFleur indicated that it happened before the Packers returned for the offseason program in April.

Bakhtiari attended the offseason program but did not practice in OTAs and minicamp. Instead, he worked off to the side with the rest of the players rehabbing injuries.

Bakhtiari played only 27 snaps last season — all in the regular-season finale at Detroit more than a year after the injury and then was shut down for the playoffs. In between the initial ACL reconstruction and the Detroit game, Bakhtiari had a second surgery to reduce swelling in the knee.

It remains unclear whether Bakhtiari will be available for the Sept. 11 season opener at Minnesota.

“We’re not going to put a timetable on it, but what I will is Dave had a very significant injury — much more than just an ACL way back when it occurred,” Gutekunst said. “I thought he busted his tail to get back last season. As we went through that last game versus Detroit, I think when he came out of that he wasn’t particularly happy with how it responded. He did have another procedure in the offseason, but I think we’re cautiously optimistic.”

Gutekunst said he had no concerns that Bakhtiari not only will play again but return to an All-Pro level. But if Bakhtiari isn’t ready for the opener, it’s possible the Packers would open the season without their two best linemen — Elgton Jenkins also is attempting to come back from an ACL tear that occurred on Nov. 21 against the Vikings.

Watkins is not expected to miss much time, but Watson could miss more of training camp. A source said the rookie underwent minor knee surgery following the Packers’ offseason program in June.

“I think there was kind of a thought process [of] do you want to try to push through the season and finish this after the (2020) season or should we just go ahead and do it now?” Gutekunst said. “And we just did it now. So he’ll miss a little bit of time in camp, but it’s nothing long term.

“When we invest what we invested in Christian, we’re obviously looking out for the long term. We always do. He’s a young player who’s got a big career ahead of him, so we want to make sure we protect that. It’ll be how he responds through the rehab. As soon as he’s ready, we’ll get him out there.”

Watson practiced only three times this offseason with Aaron Rodgers, who attended only the mandatory minicamp in June, and now he’ll miss more opportunities to build chemistry with the quarterback.

“That’s going to be a challenge,” LaFleur said. “There’s nothing like reps, especially full-speed reps. I think Christian has been pretty impressive in terms of how fast he was able to pick everything up. … [But] there’s nothing like those reps, preseason reps and practice reps. It will be a process.”

Gutekunst said he has no plans at this point to add a veteran receiver. According to ESPN’s Adam Schefter, the Packers inquired about Julio Jones before he signed with Tampa Bay this week.