For some people, food is just a means of sustenance, but for others it is no less than a passion. Haryana engineer duo Rohit Saini and Vishal Bhardwaj had full-time jobs in Sonepat close to the capital city. However, Rohit had a strong passion for cooking and food in general too. The drill of working 9 to 5 every day got to them, and they finally decided to quit their jobs to start a food stall serving delicious Biryani! Calling it “Engineer’s Veg Biryani”, they have set up shop in Model Town in North Delhi. Along with catering to their daily local demand, they also do home delivery. Their story has gone viral on the internet, being covered extensively on social media as well. Take a look:

The delicious Biryani that the Haryana engineer duo serves is said to be completely oil-free and vegetarian. NDTV Food reached out to Rohit Saini for comment through telephonic conversation. He revealed that he had always been passionate about cooking and food, and he actually started his own cooking channel on YouTube several years ago. “I have a YouTube channel called ‘Cooking With Rohit’. Whenever I would get time, I would put recipes on it,” said Saini.

This passion for food as well as the spirit of entrepreneurship was further fuelled in Saini’s office days when he met a like-minded soul in Vishal Bhardwaj. “My office colleague Vishal Bhardwaj often used to say that we should start something of my own. We both decided to start the business together. Agar doobenge toh saath doobenge, aur agar chadh gaye toh rab rakha,” he said over the phone. Rohit cooks the Biryani himself every day, while Vishal looks after the business end of things. 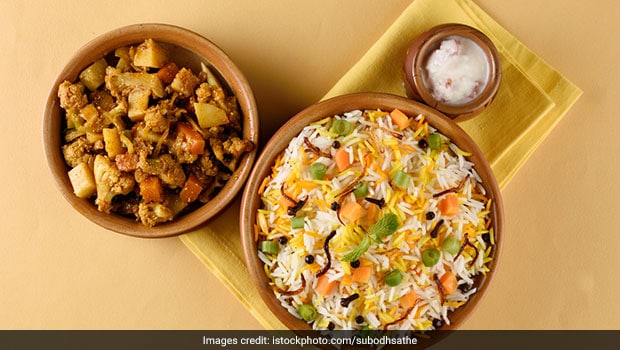 How did the engineer duo ends up choosing Biryani out of all the other food items? It was a simple demand-supply equation as per Rohit, as he said that it was a very popular dish that was only available in local restaurants. He said, “the reason we chose Biryani was that it was only available in Sonepat restaurants at very high prices. Thus, our aim was to serve restaurant-style Biryani at affordable rates.”

Engineer’s Veg Biryani serves two types of Biryani at their stall – Achaari Biryani and Gravy Chaap Biryani. “We have seen a trend for Chaap in the recent past. And the gravy we are using as a replacement for Salan in the Biryani,” revealed Rohit. The price for Achaari Biryani is Rs. 30 for half plate, and Rs. 50 for full plate while Gravy Chaap Biryani is priced at Rs. 70. Rohit has also shared videos on his YouTube channel showing what goes into the making of the Biryanis.

(Also Read: Which Is The Best Biryani Of India? Bigwigs Join The War On Twitter)

Since the business has just started, it would still take time for the monetary aspect to come into place. Rohit said, “We have kept our costs low for now; currently we are in a no profit, no loss situation. Things will take time to progress. But, we are happy doing what we love!”

Although the engineer duo is very happy with their decision, they do not want to be known for encouraging people to leave their jobs. “If anyone else also wants to do this kind of work, and if they have the ability, then they should go ahead and do it. But they must see their financial position and the needs of their family first,” said Saini.

The message they want to give people is simple and practical – to follow their passion if they have the means to do so. “We want people to take away a positive narrative from our story. We don’t want people to misunderstand and think that we recommend leaving your job. But if you want to do something, the time is now!”

What did you think of the story? Tell us in the comments below.