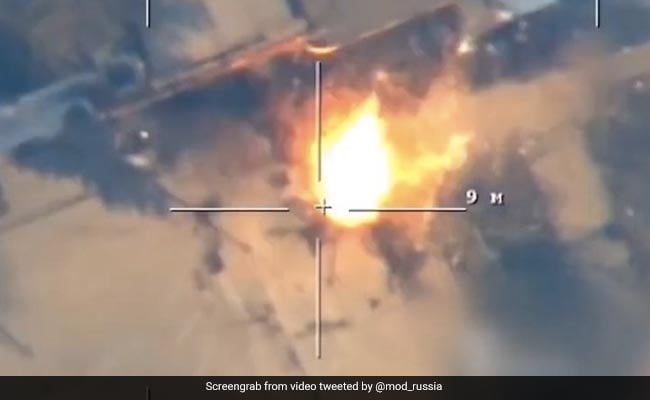 Russia’s Defence Ministry has released a video of a precision airstrike at a Ukrainian military facility. The latest video adds to a large volume of content – official releases and witness accounts – from the war in the east European nation that both sides use to boost morale of their forces.

In the latest tweet by Russia’s Defence Ministry, an aircraft-like missile flies slowly towards some Ukrainian targets, which appear to be a cluster of armoured vehicles and warehouses.

The internet is full of visuals of the war in Ukraine. Both sides have been releasing visuals to the public to show who is inflicting the most damage.

Ukraine, for example, floated what is probably an urban legend called the “Ghost of Kyiv”, which credited a Ukrainian fighter pilot with shooting down 10 Russian jets on Day 1 of the invasion.

Military experts say the Ukrainian forces, which are much smaller compared to the invading Russians, are likely to benefit from morale-booster visuals in the face of overwhelming odds.