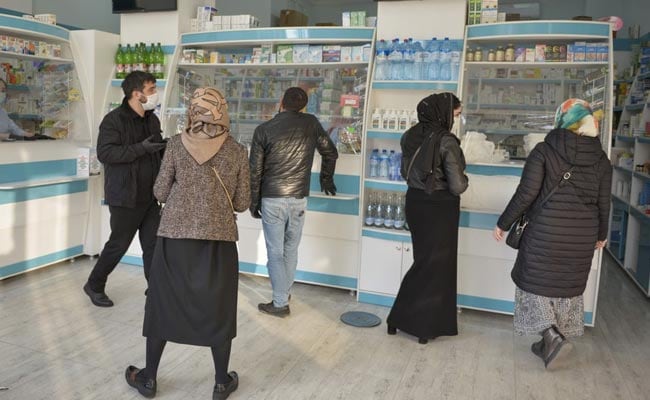 The West has imposed several sanctions on Russia for starting a war in Ukraine. Though Russian President Vladimir Putin has defended the move, describing its actions as a “special operation” to demilitarise and “de-Nazify” Ukraine. The West, however, calls this a baseless pretext for a war of choice.

Due to the crippling restrictions, financial penalties have been imposed on Russia and international companies have suspended operations there, impacting the day-to-day life.

The cost of living has been rising, there is a looming risk of job loss and many financial institutions have been isolated.

Here’s how the daily life has changed in Russia since the Ukraine war began:

Prices of cooking oil, sugar and other basic products rising: Shortly after the sanctions were announced, consumer prices jumped 2.2 per cent in Russia. The BBC reported that shops in Moscow and other cities are restricting sales of medicines and some other items after complaints of hoarding.

The rouble has plummeted since the invasion began nearly three weeks ago. Jan, an EU resident, told the BBC that the groceries he ordered for 5,500 roubles on February 20 now cost 8,000 roubles.

Russia will use Chinese yuan from its foreign exchange reserves after Western sanctions blocked Moscow’s access to the US dollars and euros in the reserves, Finance Minister Anton Siluanov said on Monday.

Sugar prices too have gone up for 20 per cent.

Smartphones and laptops now cost more: With supply drying up due to restrictions, the cost of smartphones and televisions has gone up by more than 10 per cent, according to the BBC.

Other major brands like Nike, Apple and Ikea are no longer selling their products in Russia.

Impact on banking system: Russian financial institutions have been removed from the SWIFT international payment system, making transactions to and from Russia extremely difficult.

Apple, Google Pay, Mastercard, Visa and others have also limited their services in Russia.

An ordinary Russian spent 21 per cent more in the first week of March compared to the average for February, driven both by inflation and a rush to stockpile, state bank PSB said in a note after analysing credit and debit card transactions.

Spending on electronic goods increased by 40 per cent, pharmacy sales added 22 per cent and demand for clothes, shoes and spending in supermarkets increased by 16 per cent, said PSB.

Weekly inflation rose to 2.22 per cent from 0.45 per cent in the preceding week, its highest reading since 1998.

Clampdown on media: The few independent media outlets, which were reporting on the war in Ukraine, and criticising Russia, have been shut down by the government.

Earlier this month, a video surfaced on social media platforms which showed the staff of an entire Russian television channel resigning live on-air.

Most of the Russians are now getting the news about the war in Ukraine through state-run media.