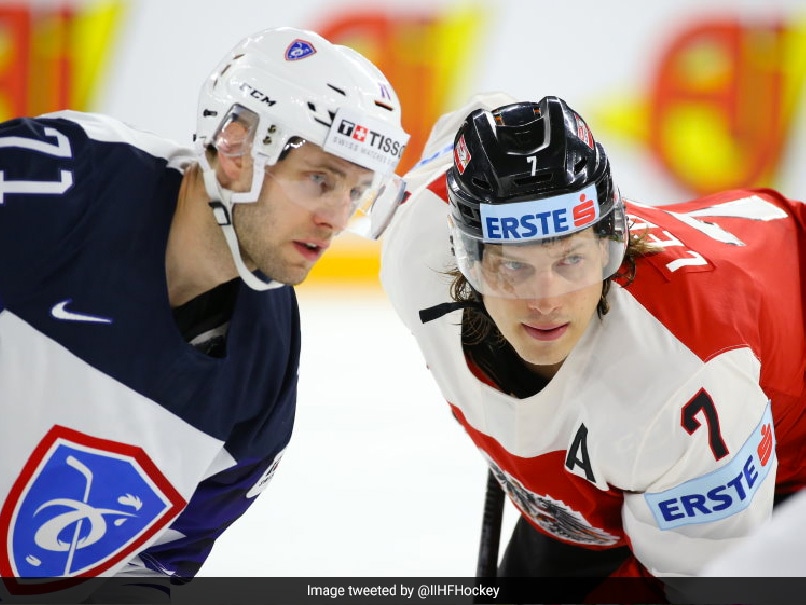 France and Austria will replace Russia and Belarus at the men’s ice hockey world championship.© Twitter

France and Austria will replace Russia and Belarus at the men’s ice hockey world championship in May, the International Ice Hockey Federation (IIHF) announced. The IIHF suspended Russian and Belarusian teams on February 28 in response to the invasion of Ukraine. It announced the replacement teams after a council meeting on Friday. Ice hockey, along with judo, is one of the sports Russian president Vladimir Putin enjoys being seen playing. Including victories as the Soviet Union, Russia is tied with Canada for most world titles on 27.

France will take Russia’s place at the championships in Finland from May 15-29. Austria will replace Belarus.