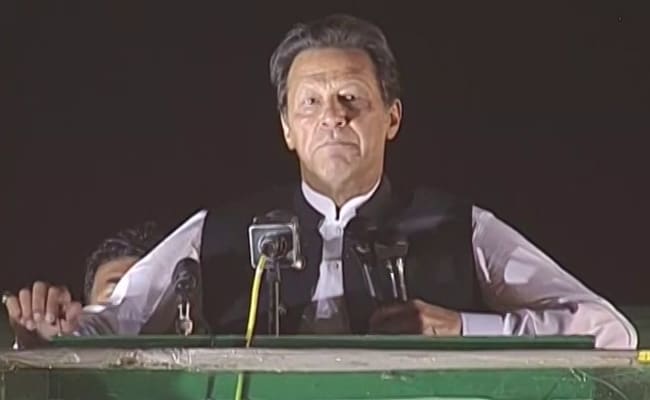 Pakistan’s embattled Prime Minister Imran Khan on Wednesday summoned a special session of the federal cabinet amidst reports that two ministers belonging to the ruling coalition partner MQM-P have resigned after their party announced that it will support Opposition’s no-confidence motion.

State-run Radio Pakistan reported that on a special invitation, heads of the allied parties will also attend the special session of the cabinet chaired by Prime Minister Khan.

Sources said that the latest political situation would be discussed with the objective to win back the lawmakers belonging to the Muttahida Qaumi Movement-Pakistan (MQM-P) and the Balochistan Awami Party (BAP) with seven and five members in the lower house, respectively.

The cabinet members and those invited to attend the special session would also be taken into confidence about the threatening document letter that the premier said was proof of a “foreign conspiracy” to topple his government.

Earlier, Mr Khan said that he would show the “letter” he brandished at the party’s power show rally on Friday, purportedly containing evidence of a foreign conspiracy against the government, to senior journalists and the government’s allies later Wednesday as pressure mounted on him to divulge the document.

Meanwhile, Interior Minister Sheikh Rashid said that Prime Minister Khan may address the nation in the evening to take it into confidence about the latest political situation, but there is no formal announcement about it.

Pakistan plunged into uncertainty on March 8 after the combined opposition submitted the motion with the National Assembly, which will convene on Thursday to debate the motion.

Prime Minister Khan, who needs 172 votes in the house of 342 to foil the Opposition’s bid to topple him, is facing his toughest political test since assuming office in 2018 as defections in his party and cracks in the ruling coalition appeared to have made his position fragile.

Geo News has reported that MQM-P has decided to join the opposition and its two ministers have resigned but it was not confirmed.

MQM-P leader Senator Faisal Subzwari said on Wednesday that an agreement between his party and the united opposition had been finalised.

“The Pakistan Peoples’ Party’s central executive committee and the MQM-P’s coordination committee will ratify the agreement,” he said, adding that the details would be announced during a press conference on Wednesday.

Another ally of the ruling coalition, the BAP had announced on Monday that it had “accepted the opposition’s invitation” to vote against Khan.

Mr Khan, 69, is heading a coalition government and he can be removed if some of the partners decide to switch sides. The PTI has 155 members in the 342-member National Assembly and needs at least 172 lawmakers to retain power.

Mr Khan is facing a rebellion by his about two dozen lawmakers and allied parties.

No prime minister in Pakistan’s history has ever been ousted through a no-confidence motion, and Khan is the third premier to face the challenge.

On Tuesday, Prime Minister Khan strictly directed his party lawmakers to either abstain or not attend the National Assembly session on the day of voting on the no-confidence motion against him, which is likely to be held in the first week of April.

Khan came to power in 2018 with promises to create a ‘Naya Pakistan’ but miserably failed to address the basic problem of keeping the prices of commodities in control, giving air to the sails of opposition ships to make war on his government.

No Pakistani prime minister has ever completed a full five-year term in office.