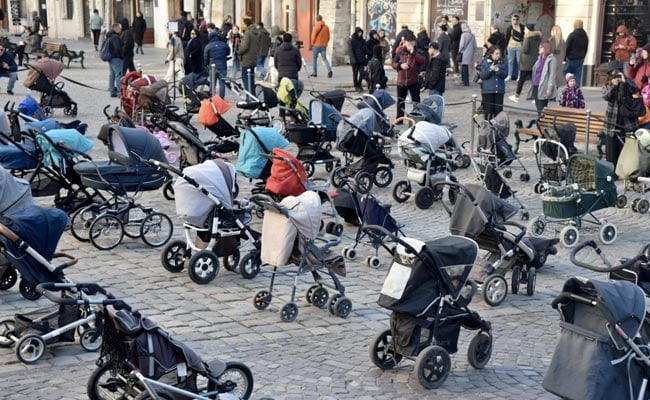 Lviv city hall placed 109 strollers in neat rows – one for each child killed since the war began.

As Ukraine mourns its dead, scores of empty strollers were lined up in the cobbled central square of the city of Lviv on Friday to commemorate the children killed in the country since Russia’s invasion.

Lviv city hall placed 109 strollers, or prams, in neat rows – one for each child killed since the start of the war, according to Ukrainian authorities.

Lviv in western Ukraine has drawn hundreds of thousands of Ukrainians seeking shelter away from the frontline of the war.

“Remember your children when they were small and sitting in strollers like these,” said Zhuravka Natalia Tonkovyt, a Canadian citizen of Ukrainian origin who was passing by, speaking as if to address Russian mothers.

“Some (children) will not be put into these strollers because they are dead. Compare it to your own children, remember your feelings towards your own children… I want to see no empty stroller,” she added.

Russia says its action in Ukraine is a special military operation and that it is not targeting civilians.