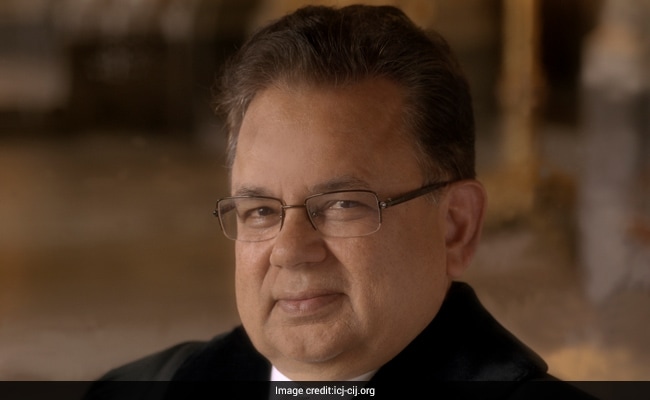 The UN’s top court on Wednesday ordered Russia to suspend its invasion of Ukraine, saying it was “profoundly concerned” by Moscow’s use of force. “The Russian Federation shall immediately suspend military operations that it commenced on 24 February on the territory of Ukraine,” pending the final decision in the case, presiding judge Joan Donoghue told the International Court of Justice, or ICJ.

“The court is profoundly concerned about the use of force by the Russian Federation which raises very serious issues in international law,” Justice Donoghue told a hearing in The Hague.

Justice Bhandari was nominated to the ICJ entirely on the support of the government and various missions over a period of time.

Justice Bhandari voting against Russia, though an independent move based on his interpretation of the Russia-Ukraine issue, is different from what India’s official position has been in different international fora.

India has abstained from voting on the Ukraine-Russia issue in the UN and instead called on both sides to focus on negotiations and end hostilities.

“Russia must be stopped, and the court has a role to play in stopping that,” Ukraine’s representative Anton Korynevych told the ICJ last week.

The hearing on Wednesday comes as the number of refugees fleeing Ukraine topped three million and Russian forces step up strikes on residential buildings in Kyiv.

At the same time, Kyiv said it wanted its security to be guaranteed by international forces, as it rejected proposals pushed by Russia for it to adopt a neutral status comparable to Austria or Sweden.

Russia snubbed hearings on March 7 and 8, arguing in a written filing that the ICJ “did not have jurisdiction” because Kyiv’s request fell outside of the scope of the 1948 Genocide Convention on which it based its case.

Moscow also justified its use of force in Ukraine, saying “it was acting in self-defence.”

But the ICJ ruled it had jurisdiction in the case, with Justice Donoghue pointing out the ICJ currently “is not in the possession of evidence substantiating the allegation of the Russian Federation that genocide has been committed on Ukrainian territory.

With inputs from AFP