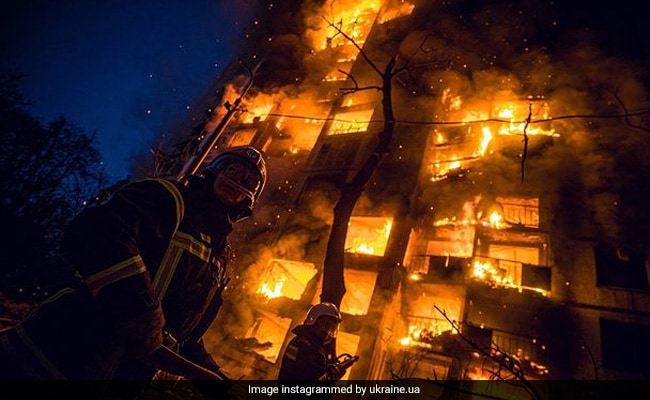 The International Court of Justice (ICJ) on Wednesday ordered Russia to cease military actions in Ukraine immediately, in a preliminary decision in a case brought by Kyiv.

“The Russian Federation shall immediately suspend the military operations that it commenced on Feb 24, 2022 on the territory of Ukraine,” judges at the United Nations’ highest court said in a 13-2 decision.

The judges added that Russia must also ensure that other forces under its control or supported by Moscow should not continue the military operation.

Although the court’s rulings are binding, it has no direct means of enforcing them and in rare cases countries have ignored them in the past.

Ukraine filed its case shortly after Russia’s invasion began on Feb. 24, saying that Russia’s apparent justification, that it was acting to prevent a genocide in Eastern Ukraine, was unfounded.

At the hearings, Ukraine said there is no threat of genocide in Eastern Ukraine, and the United Nations’ 1948 Genocide Convention, which both countries have signed, does not allow an invasion to prevent one.

Russian President Vladimir Putin has described the invasion as a “special military action” needed “to protect people who have been subjected to bullying and genocide” – meaning those whose first or only language is Russian – in eastern Ukraine.

Russia said it skipped World Court hearings on March 7 “in light of the apparent absurdity of the lawsuit”.

However, Moscow did file a written document with the court saying the ICJ should not impose any measures.

Russia had argued that Putin’s use of the word “genocide” does not automatically imply that it is basing its actions on the Genocide Convention. Without a dispute over the interpretation of the treaty, the court has no jurisdiction, Russia argued.

But Presiding judge Joan Donoghue said the court had enough information that the two countries do disagree about the interpretation of the Genocide Convention to make the preliminary decision. Actual jurisdiction would only be decided later.

In an urgent situation such as the conflict in Ukraine the court can order emergency measures in a matter of days, even before it decides on whether it has jurisdiction in a case. That usually takes many months, while decisions on the actual merits of a case takes years.