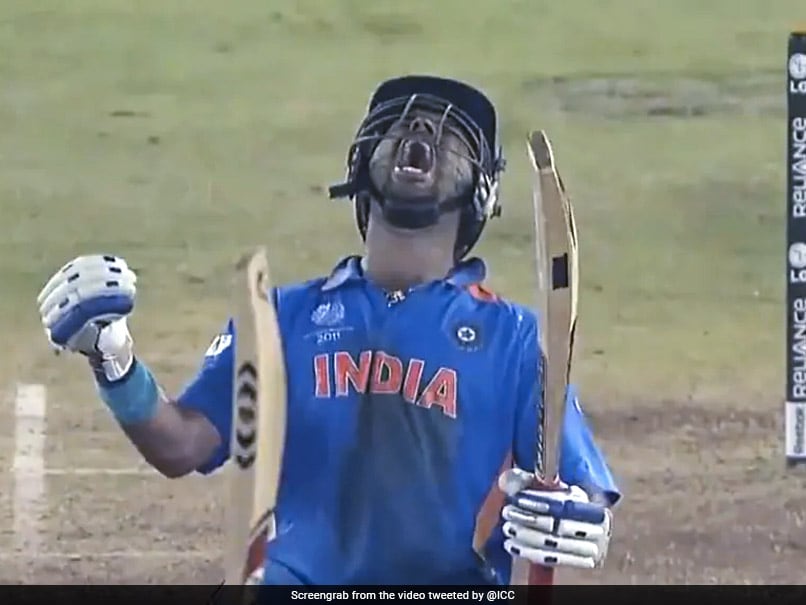 Yuvraj Singh was the player of the tournament in the CWC 2011.© Twitter

Yuvraj Singh has found a fan in Shubham Garhwal, who was signed by Rajasthan Royals (RR) in the IPL 2022 mega auction. Speaking to RR, Garhwal spoke about how he wanted to smash sixes like Yuvraj. He also revealed how Yuvraj inspired him during the 2011 ODI World Cup when he helped India win the title. “I was really young back then, playing gully cricket in my hometown of Jodhpur and couldn’t even hold the bat with the correct grip. But seeing Yuvraj Singh have a wonderful tournament in 2011 really inspired me. I am also a left-hander so I used to love how he could hit the ball so effortlessly. I think that was a period which really changed my life for the good”, he said.

Garhwal was acquired by Rajasthan for his base price of Rs 20 lakh during the mega auction.

Speaking about joining Rajasthan Royals, he stated that he was looking forward to working with Kumar Sangakarra.

“I take a lot of pride in representing the Royals. I am from Rajasthan myself and it’s the biggest moment of my life. The happiness that I’ve seen on my parents’ faces is something that inspires me to give my all for the team. I am really looking forward to working with Sanga Sir as well. He’s been one of the greatest left-handers in the sport, and I’m sure his advice will take my game to the next level”, he said.

Garhwal was noticed during the trials at the Royals High Performance Centre in Nagpur.

Speaking about the trials, he said, “I felt like I was in good touch during the trials but still with so many players up for sale in the auction, I wasn’t very confident that I’ll get picked. When I was bought, I was over the moon, I couldn’t believe it”.