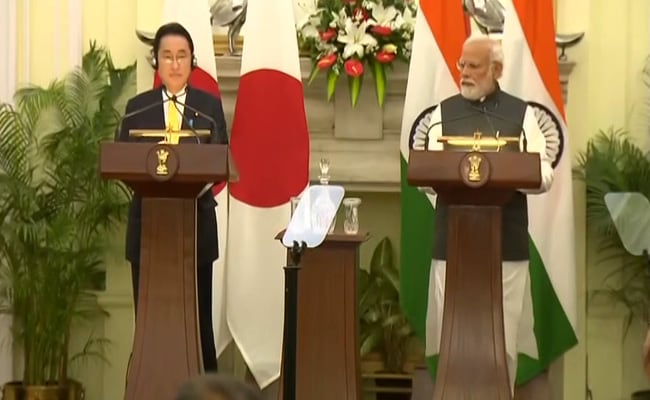 Russian invasion of Ukraine is a “very serious issue which is shaking the roots of international order”, Japanese Prime Minister Fumio Kishida said on Sunday in New Delhi, with Prime Minister Narendra Modi standing next to him.

“No permission should be given by one side to change the status quo in world order by use of force,” said Mr Kishida with PM Modi standing next to him at their joint presser. He added that Tokyo will continue to support Ukraine.

“Both India and Russia want a peaceful solution to the current crisis and to ensure an open and free Indo Pacific,” he said.

A separate Indian readout pointedly “underlined that the Quad must remain focused on its core objective of promoting peace, stability and prosperity in the Indo-Pacific region”.

Unlike fellow members of the Quad alliance – Japan, Australia and the United States – India has abstained in three UN votes condemning Moscow’s actions, calling only for a halt to the violence.

Russia has praised India’s “independent and balanced” position after New Delhi abstained on the UN resolution that deplored Moscow’s “aggression” against Ukraine.

Russia continues to be India’s biggest arms supplier. New Delhi and Moscow were close throughout the Cold War, a relationship that endures to this day.