Just four months after welcoming her first child, Jennifer Lawrence has been out and about in New York City, putting her summer street style on display for the paparazzi. Yesterday, Lawrence was photographed in two different outfits, both stylish and perfect for the heat. She first wore a cream dress in Manhattan, while carrying a Christian Dior bag, of course. (The actress is a longtime ambassador for the French fashion house.) 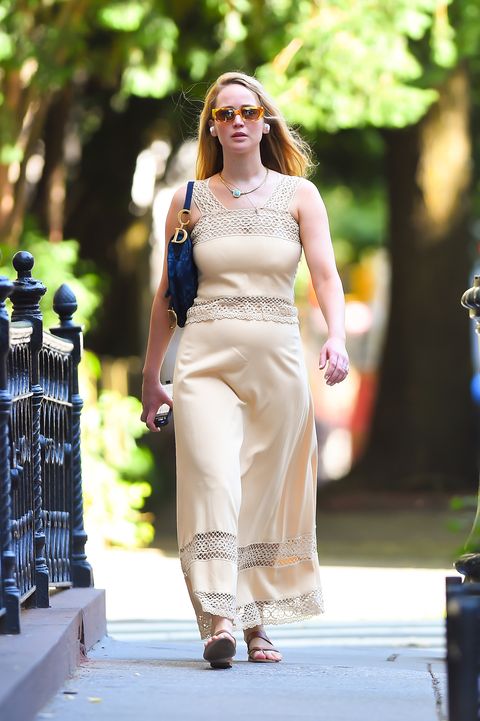 Lawrence later changed into a navy slip dress and black jacket. She wore her blonde hair down during both outings, carried the same purse, and accessorized with the same tan sandals. The versatility! 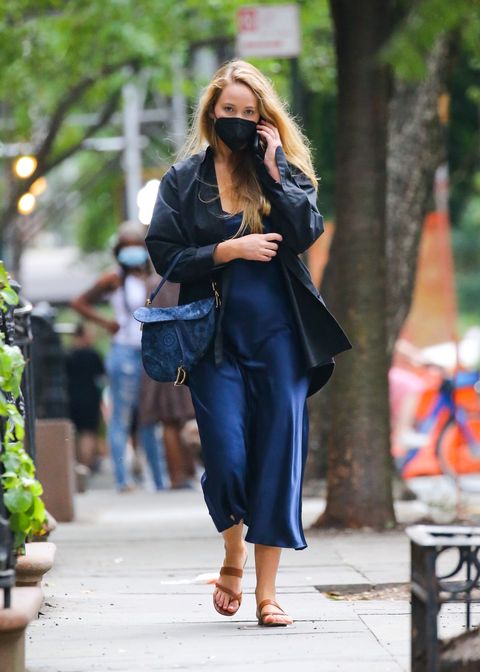 Lawrence hasn’t revealed her baby’s gender, name, or exact birth date. This shouldn’t come as a surprise, considering that during her pregnancy, she warned the world that she wouldn’t be sharing anything about her and her husband Cooke Maroney’s little one.

In November, Lawrence explained her decision to not discuss her child publicly to Vanity Fair. “If I was at a dinner party, and somebody was like, ‘Oh, my God, you’re expecting a baby,’ I wouldn’t be like, ‘God, I can’t talk about that. Get away from me, you psycho!’” she prefaced. “But every instinct in my body wants to protect their privacy for the rest of their lives, as much as I can. I don’t want anyone to feel welcome into their existence. And I feel like that just starts with not including them in this part of my work.”

Alyssa Bailey is the senior news and strategy editor at ELLE.com, where she oversees coverage of celebrities and royals (particularly Meghan Markle and Kate Middleton). She previously held positions at InStyle and Cosmopolitan. When she’s not working, she loves running around Central Park, making people take #ootd pics of her, and exploring New York City.