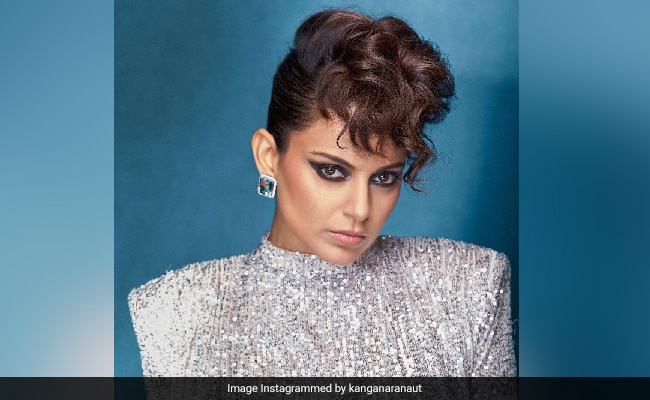 Kangana Ranaut, in her application, sought permanent exemption from appearance

Actor Kangana Ranaut might be a celebrity, having professional assignments, but she cannot forget that she is an accused in a case, a local court has said while refusing to grant her permanent exemption from appearance in a defamation complaint filed by Bollywood lyricist Javed Akhtar.

Metropolitan Magistrate RR Khan had on Tuesday rejected Ms Ranaut’s application seeking permanent exemption from appearance in which she had cited her professional commitments. The detailed order was made available Thursday.

“Per contra, the accused is dictating her own terms for the trial of this case in the manner she likes. Admittedly, the accused cannot claim permanent exemption as of right. The accused has to follow the established procedure of law and terms and conditions of her bail bonds,” the court said in its order.

Magistrate Khan further said that till date, the court has approved her exemption pleas for those dates (as sought by her for previous hearings) without imposing a cost.

“Till date, the accused has not appeared with an intent to cooperate with the court for the trial of allegations levelled against her,” the order said.

Mr Akhtar filed the complaint in the court in November 2020, claiming Ms Ranaut had made defamatory statements against him in a television interview, which allegedly damaged his reputation.

Ms Ranaut sought permanent exemption from appearance, saying she is one of the top most actresses of the Hindi film industry and she needs to travel to different parts of the country and international locations for professional commitments.

The court, however, rejected her application and said, “No doubt, being a celebrity, the accused (Ranaut) is having her professional assignments, but she cannot forget that she is an accused in this case.” “For the fair progress of the trial, her cooperation is essential in the matter. It is pertinent to mention here that the accused has built up her mind that her presence in this case is not necessary and her advocate will look after the legal formalities,” the court said in the order.

If the accused is permanently exempted at this juncture, then the complainant, a senior citizen, will be seriously prejudiced and there will be no progress in the trial, it said.

Mr Akhtar’s advocate had opposed the application, arguing that Ranaut was showing a casual attitude towards the court.

The court in its order noted that the case was for the offence of defamation, in which the complainant (Akhtar) is a senior citizen and particulars of the offence are yet to be framed.

It said Ms Ranaut in the past made several unsuccessful attempts to challenge the earlier orders of the court regarding issuance of process and getting the case transferred to another court. “…the accused has shown her interest in obtaining permanent exemption on the ground of her busy schedules. Till date, the accused has not appeared for framing of particulars of offence though the matter was specifically kept for her appearance for framing of particulars of offence,” the order said.

In his complaint, Mr Akhtar claimed that Ms Ranaut dragged his name during an interview while referring to a ‘coterie’ existing in Bollywood, following the alleged suicide by actor Sushant Singh Rajput.

Ms Ranaut had later filed a counter complaint in the same court against Mr Akhtar for alleged “extortion and criminal intimidation”. The actor in her complaint against Mr Akhtar said following her public dispute with her co-star, the lyricist had called her and her sister Rangoli Chandel to his house with “malafide intentions and ulterior motives and then criminally intimidated and threatened” her.