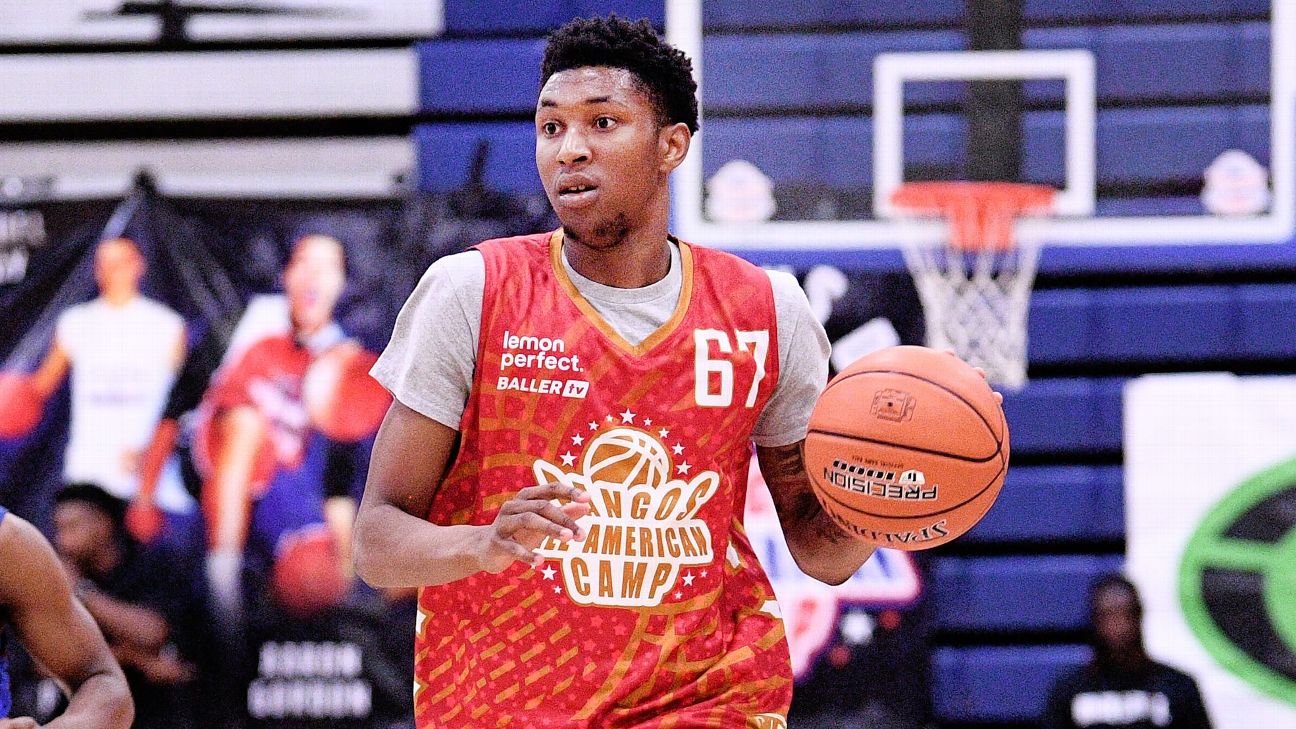 Edwards chose the Wildcats over Tennessee, with the two SEC schools vying for his services over the past few months. Kentucky was the early favorite after it extended a scholarship offer to Edwards last fall, but Tennessee made up ground after it hosted him for a visit in March.

But the Wildcats have had most of the momentum since the July live evaluation period began, and coach John Calipari made it a priority to watch Edwards all month.

A 6-foot-7 wing out of Imhotep Institute Charter High School (Philadelphia), Edwards is ranked No. 13 in the ESPN 100 for the 2023 class. He was one of the most productive players on the Nike EYBL circuit all spring and summer, averaging 16.6 points and 6.5 rebounds over 25 games.

“Justin Edwards has been on a tear as of late,” said ESPN National Recruiting Director Paul Biancardi. “He played very well at the Peach Jam, scoring and rebounding, and producing steals on and off the ball due to his long frame. At 6-foot-7, he is a big lefty wing who constantly attacks the basket with aggressiveness. Defensively, he can switch onto different perimeter threats.

“His jumper is more than capable, but where he excels is in transition as a high-level finisher in the open floor. In the half court, he dominates with hard, straight-line drives, trips to the free throw line and works the glass for extra possessions.”

Calipari and Kentucky now have two five-star recruits and three top-30 prospects in their 2023 recruiting class, with Edwards joining top-five guard Robert Dillingham and four-star guard Reed Sheppard. The Wildcats are also considered the favorite for No. 1 overall prospect D.J. Wagner and are squarely in the mix for Ron Holland (No. 4), Aaron Bradshaw (No. 19) and Ugonn Kingsley-Onyenso (No. 35).