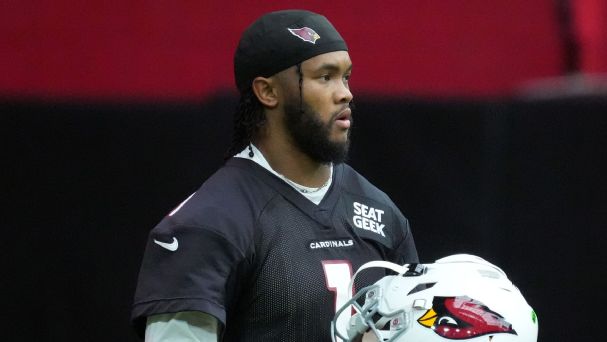 Kyler Murray takes offense to the idea that he’s not taking his game preparation seriously, Kevin Durant drops a pretty good TikTok joke and more from our quotes of the week.

“To think that I can accomplish everything that I’ve accomplished in my career and not be a student of the game and not have that passion and not take this serious is … disrespectful and almost a joke.”

Arizona Cardinals quarterback Kyler Murray, on the reaction to an “independent study addendum” in his contract that requires him to watch game film for four hours per week during the season. The Cardinals later removed the clause.

“Joe literally won’t buy his own clothes. He always asks me to shop for him and drop it off at the house. He’s not really into fashion like that, he cool with his li’l khakis and skinny jeans.”

“You know how many free throws Michael Jordan would shoot today? … You just can’t compare eras because of the physicality.”