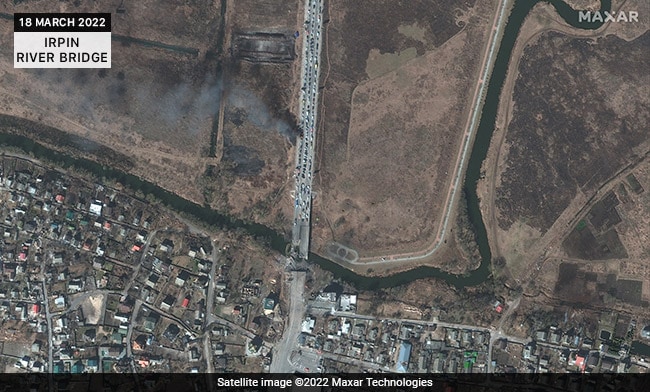 The latest satellite imagery shows the magnitude of destruction of Ukrainian cities facing Russian airstrikes and artillery as the conflict in the pro-western country enters its fourth week.

The images released by Maxar Technologies, a private US company, reveal significant damage to residential homes, apartment buildings, stores in the port city of Mariupol, the city on the front line of Ukraine’s war. 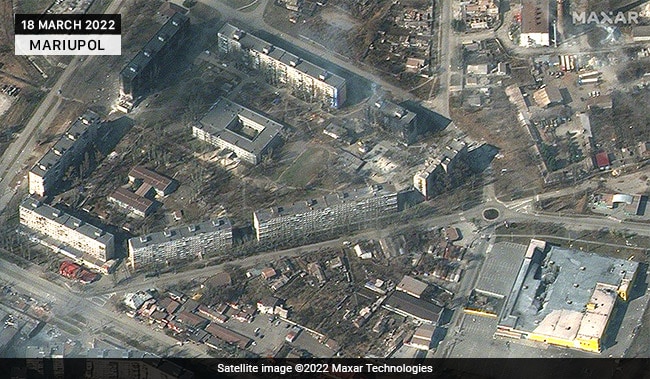 New examples of airstrikes and artillery impacts are also seen in and around Kyiv. Damage to grocery stores, homes, residential buildings and other infrastructure can be seen in Hostomel, Moschun, Irpin and other towns to the northwest of the city. A frontline suburb of Kyiv, Irpin has witnessed some of the fiercest fighting since Russia invaded Ukraine. 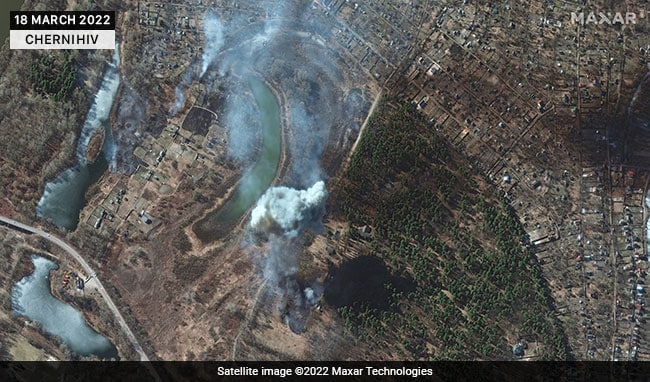 The Russian forces are increasingly using earthen revetments (berms) to protect/conceal their armored equipment deployments near Antonov Airport in Hostomel as well as other locations in and near Zdvyzhivka and Berestyanka, the images show. 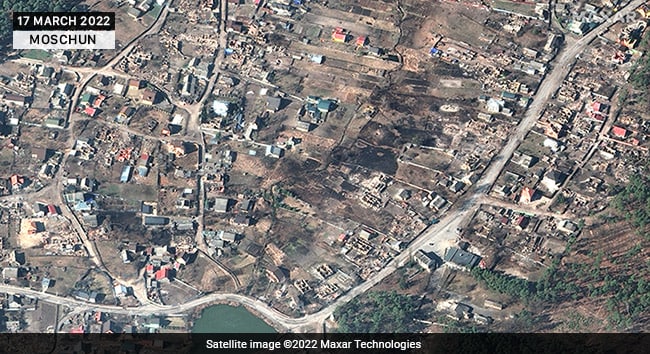 Ukraine President Volodymyr Zelenskiy called on Saturday for meaningful talks with Russia to stop its invasion of Ukraine, warning it would take “several generations” for Moscow to recover from battlefield losses if it does not reverse course. 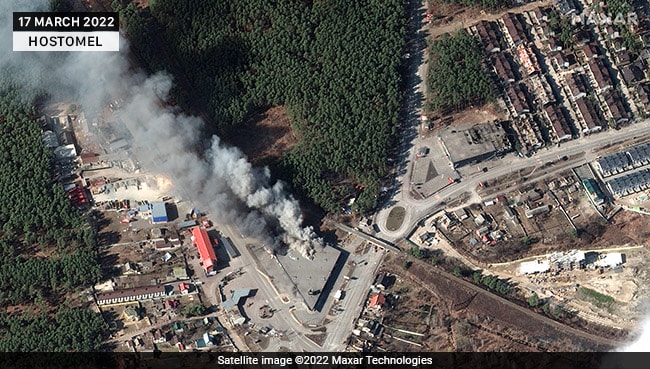 “I want everyone to hear me now, especially in Moscow. The time has come for a meeting, it is time to talk,” he said early on Saturday. “The time has come to restore territorial integrity and justice for Ukraine. Otherwise, Russia’s losses will be such that it will take you several generations to recover.”

Since launching an assault on Feb. 24, Russian troops facing tough resistance have largely stalled in their advance, even as they encroach on the capital Kyiv. Looking to regain momentum, they have laid siege to cities and blasted urban areas to rubble. 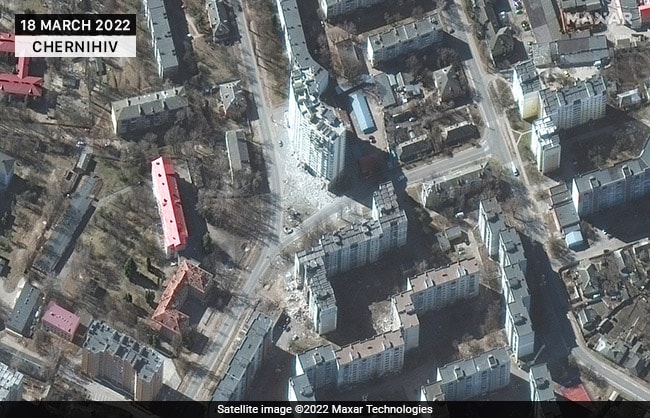