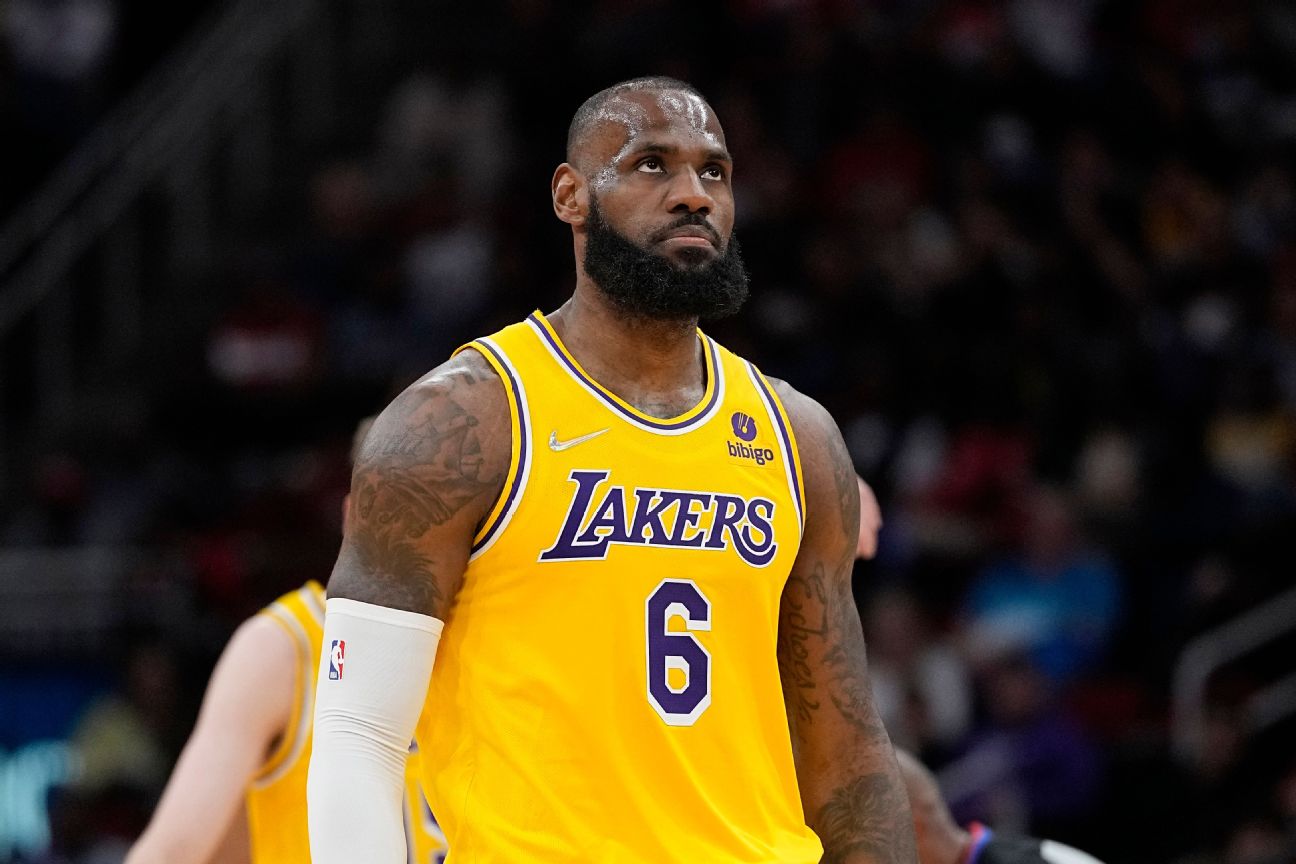 As Brittney Griner’s wrongful detention in Russia has galvanized the sports world in support of the WNBA star’s return to the United States, Los Angeles Lakers forward LeBron James questioned why Griner would want to return to a country that has taken so much time to aid in a resolution for her.

“Now, how can she feel like America has her back?” James said in a trailer for the latest episode of his talk show, “The Shop: Uninterrupted,” which airs on YouTube. “I would be feeling like, ‘Do I even want to go back to America?'”

Griner was arrested in Moscow in February after the Russian Federal Customs Service allegedly discovered vape pen cartridges containing hashish oil in a bag that belonged to her. Last week, Griner pleaded guilty to drug possession and will appear in court again on Thursday.

In early June, shortly after the U.S. State Department classified Griner’s plight as a wrongful detention, James tweeted in support of the seven-time All-Star.

James’ Uninterrupted multimedia platform is also selling T-shirts with “We Are BG” printed on the front, with Uninterrupted’s online store stating that the proceeds from the merchandise will go to The BG Advocacy Fund, run by Griner’s family to cover legal costs associated with her release.

It is unclear when the episode, which will debut in its entirety on Friday, was filmed. In the trailer, James mentions that Griner has been detained for more than 110 days — Griner’s timeline in Russia hit the 110-day mark nearly five weeks ago.

Last week Griner’s coach on the Phoenix Mercury, Vanessa Nygaard, evoked James’ name in making a point about the country’s slow response to the center’s detainment.

At the WNBA All-Star Game in Chicago this past weekend, every player donned a jersey with Griner’s last name and No. 42 emblazoned on it for the second half of the competition.

U.S. Secretary of State Antony Blinken has said Washington will continue to work for the release of Griner, as well as other Americans held by Moscow, including former Marine Paul Whelan.

“We will not relent until Brittney, Paul Whelan, and all other wrongfully detained Americans are reunited with their loved ones,” he tweeted last week.

National Security Adviser Jake Sullivan said Monday that former New Mexico Gov. Bill Richardson had been in contact with the National Security Council, but wouldn’t comment on his travel or what he intends to do. A source told ABC News that Richardson plans to travel to Russia and work on Griner’s release.