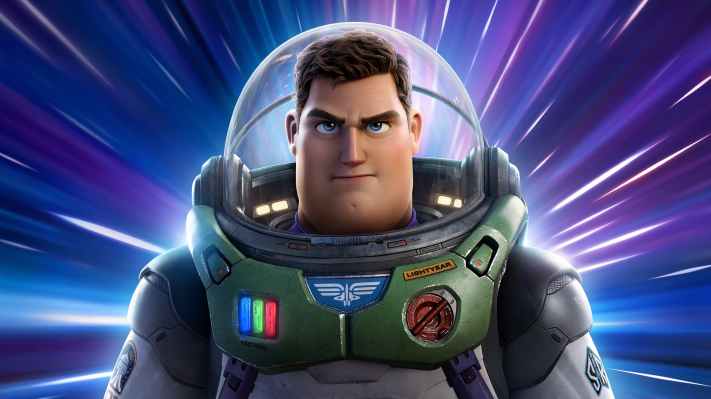 “Lightyear” was the first Pixar movie in two years to make it to theaters. A month and a half later, it finally hits the streaming platform Disney+. Today, August 3, subscribers can watch the “Toy Story” spin-off at home. Of note, this is the first Disney and Pixar animated film on Disney+ with scenes in IMAX’s Expanded Aspect Ratio.

With IMAX Enhanced, the film comes with IMAX’s exclusive Expanded Aspect Ratio, which gives audiences up to 26% more picture for major sequences of the film, with no special equipment needed. This means more of the action is visible on your screen.

Angus MacLane, who directed the film, said in a statement, “We are thrilled that Disney and Pixar’s ‘Lightyear’ is the first IMAX Enhanced animated film launching on Disney+. Leveraging IMAX’s technology throughout the filmmaking process allowed us to create an elevated viewing experience for ‘Lightyear’ fans in theaters, at home, and beyond.”

“Lightyear” joins 15 Marvel titles that are available in IMAX Enhanced on Disney+. These include “Shang-Chi and The Legend of The Ten Rings,” “Avengers: Endgame, Eternals,” “Doctor Strange in the Multiverse of Madness,” and more.

The animated film stars Chris Evans as space ranger Buzz Lightyear from Andy’s favorite movie that he watched as a child. Unlike the rest of the “Toy Story” franchise, “Lightyear” tells the origin story of human Buzz and explores him trying to find a way back home after being stranded on a hostile planet with his commander and crew. He accidentally time jumps 62 years into the future, where the planet is taken over by the evil Emperor Zurg (James Brolin) and his robot army.

There was a lot of confusion about how “Lightyear” connects to the four other films in the “Toy Story” series. This could explain why the new movie wasn’t the success Pixar was expecting. It essentially became a box office failure, only earning $222.4 million worldwide, about $20 million above its reported budget. In comparison, “Toy Story 3” and “Toy Story 4” earned over $1 billion at the box office.

Hopefully, “Lightyear” will have more success on Disney+ than in theaters, especially since it will have scenes in IMAX’s Expanded Aspect Ratio.