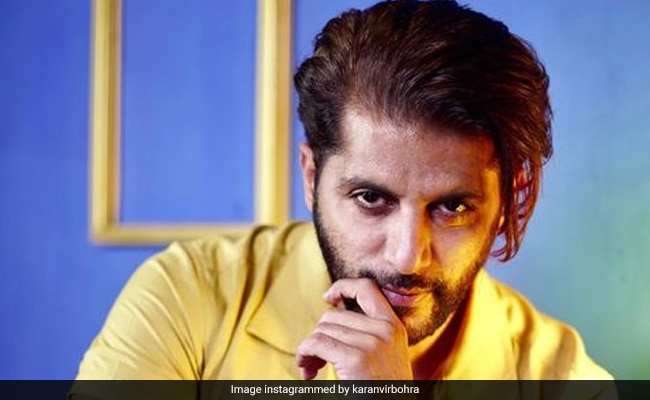 TV star Karanvir Bohra is trending today after revealing on the reality show Lock Upp that he is in debt and would have considered suicide were it not for his family. The show, produced by Ekta Kapoor’s AltBalaji and hosted by Kangana Ranaut, requires contestants to reveal their secrets to avoid elimination. In a clip from the show, shared on the actor’s Instagram, Karanvir Bohra tells fellow Lock Upp participants Geeta Phogat, Saisha Shinde and Sara Khan that he is currently navigating a cash crunch, that he had cases filed against him for non-payment of dues, and that anyone else in his place would have been suicidal. Lock Upp is a “lifeline” for him, Karanvir Bohra says.

“I am in the worst debt of my life,” Karanvir Bohra says, “From 2015 to right now, mai jo kaam leta hu wo chukane ke liye (since 2015, whatever work I accept is to pay off that debt). I feel so sorry for myself and for my family – what am I giving them. Agar meri jagah koi aur hota to (had anyone else been in my position), he would have committed suicide.” He also revealed that there were three or four cases against him “for not paying money back.” These cases “have gone,” Karanvir revealed.

Karanvir Bohra is married to model-VJ Teejay Sidhu; the couple have three daughters – twins Raya and Vienna, and a third daughter named Gia.

Teejay is her husband’s biggest cheerleader, tweeting updates on Lock Upp regularly. After Karanvir was tagged a “loser” on the show, an outraged Teejay tweeted: “If a successful TV actor who doesn’t win reality shows is a ‘loser’ then what about reality show winners who didn’t become successful actors? Are they losers too?”

Karanvir Bohra has several TV credits, among them the hit shows Kasautii Zindagii Kay, Qubool Hai and the second season of Naagin. He also has a handful of film credits and has appeared in the reality shows Nach Baliye 4 and Bigg Boss 12.