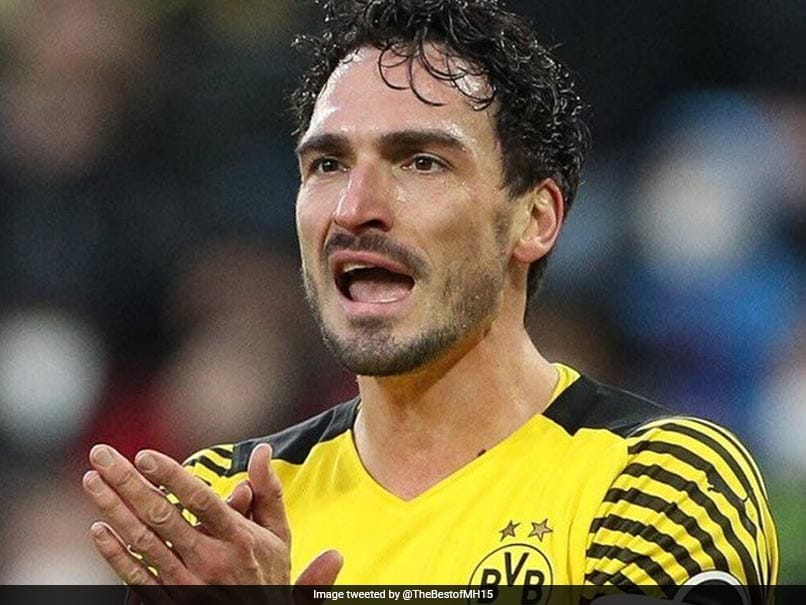 Mats Hummels has been passed fit to play against Mainz after recovering from Covid.© Twitter

Mats Hummels has been passed fit after recovering from Covid and could return for Borussia Dortmund in their re-arranged Bundesliga game at mid-table Mainz on Wednesday. An away win for second-placed Dortmund would see the visitors trim the lead of Bayern Munich in Germany’s top flight to four points. Dortmund coach Marco Rose hopes his chief defender Hummels will feature. “He has cleared and passed all the medical tests. We will see if he can play,” Rose said of Hummels Tuesday.

The match was postponed from March 6 following an outbreak of Covid in the Mainz squad.

Dortmund are still without Portugal defender Raphael Guerreiro, who tested positive last week for the coronavirus.

Rose said club captain Marco Reus also remains sidelined by illness but gave no specific details, “he’s getting better, there are other illnesses than Covid”.

Bayern Munich are steaming towards a 10th straight Bundesliga crown and Rose played down hopes Dortmund can bridge the points gap to set up a title race.

“If we hold our own in Mainz and if we get a positive result, then the gap to Bayern will be smaller,” he said.

Bayern are due to host Dortmund in Munich on April 23 in a potential showdown.

Dortmund have won their previous four visits to Mainz, where they last lost in 2014.

Dortmund striker Erling Haaland and US midfielder Giovanni Reyna returned from injury at the weekend, but Rose implied neither will start in Mainz.

“Both of them coped well, but you could see that training and playing are two different things – they will gradually get more playing time.”