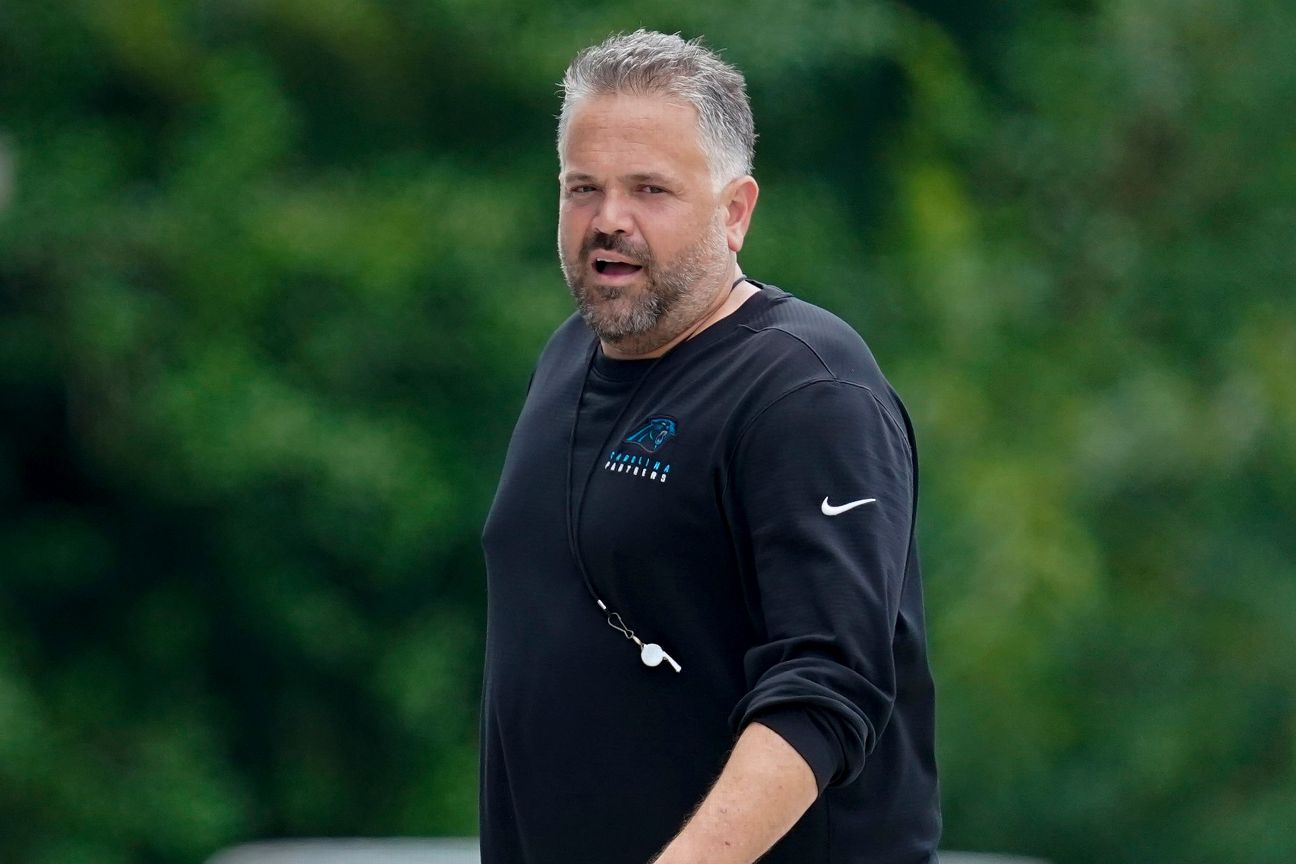 CHARLOTTE, N.C. — Carolina Panthers coach Matt Rhule doesn’t know whether his starting quarterback will be the recently acquired Baker Mayfield or returning starter Sam Darnold, but he believes the competition will give the team its best chance to succeed since he arrived in 2020.

“My job is not to pick the starting quarterback,” Rhule said on Monday, the first time he spoke publicly since Carolina acquired Mayfield in a trade with Cleveland earlier this month. “The players will do that with the way they play.

“My job is to make sure we have really good players in the room, which now we do, and make sure they have opportunities. It’ll be a fun ride. When we know we will know.”

The ride begins on Tuesday, when the Panthers report to training camp at Wofford College in Spartanburg, South Carolina. It’ll be Rhule’s third NFL camp after consecutive five-win seasons to begin his NFL head coaching career.

The perception nationally is the Panthers need to show marked improvement for Rhule to keep his job beyond this season. Rhule’s focus is on building a team capable of winning, and he understands that a capable quarterback is key to that.

“This year, I expect to win,” he said. “I’ve never gone into a season and said, ‘Well, I hope I can win this many games and keep my job.’ I want to win at the highest level.”

Rhule believes the competition between Mayfield and Darnold gives him that chance regardless of who wins the job. With those two, along with third-round pick Matt Corral and former XFL star PJ Walker, he can’t imagine many teams have a deeper quarterback room.

“It’s going to be a lot of great competition,” Rhule said. “And to be quite honest it’ll be really good for our team, the competition.”

That competition began over the weekend as Mayfield and Darnold practiced with running back Christian McCaffrey and other teammates on their own in the Charlotte area. That Darnold was a part of that competition, Rhule said, speaks to how he’s handled the addition of Mayfield.

“When we let him know we were making this move he handled it like the ultimate team guy, the ultimate professional,” Rhule said. “He took it very much like, ‘Hey, I’m going to control what I can control and that’s the way I play.’ I look forward to seeing him play great football during this camp.”

The Panthers haven’t had great play at quarterback since midway through the 2018 season when Cam Newton was the starter. Since Rhule was hired in January of 2020 they’ve had seven different quarterbacks start at least one game.

Darnold was 4-7 as the starter last season, prompting the team to go after former Houston Texans quarterback Deshaun Watson during the offseason. The Cleveland Browns won that battle, making Mayfield expendable.

The Browns pursued Watson after Mayfield struggled to a 6-8 record last season following an 11-5 record in 2020.

So both quarterbacks, Mayfield the top pick of the 2018 draft and Darnold the third, come into camp with something to prove.

Darnold’s advantage is he’s had an entire offseason in the system being implemented by new offensive coordinator Ben McAdoo. Mayfield’s advantage is he showed in 2020 with the Browns he has what it takes to get a team to the playoffs.

Rhule wouldn’t reveal how the repetitions between the two will be split in camp until he sits down with all the quarterbacks on Tuesday. However, he expects the situation will be “fluid” based on performance.

The goal, Rhule said, is to create an “identity” on offense the team hasn’t had the past two years in large part because of inconsistent quarterback play.

“I think we really have a talented team,” Rhule said after an offseason of rebuilding the roster and staff. “Because we have talent, we can really focus on performance and results.”