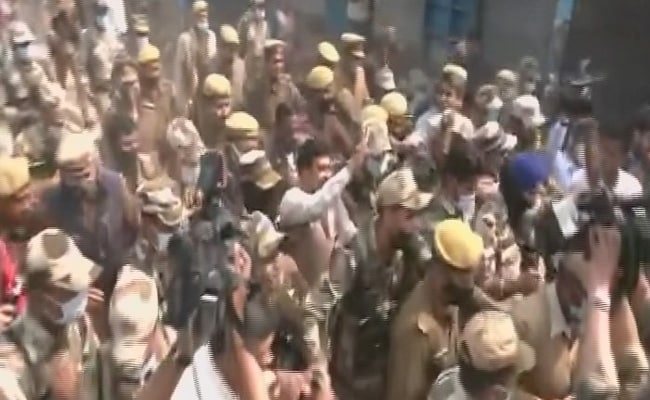 UP Election: Ajay Mishra said had law & order not been good in UP, “we wouldn’t have received majority”.

Junior home minister Ajay Mishra, whose son is a murder accused in the running over of protesting farmers at Lakhimpur Kheri, Uttar Pradesh, today said the BJP victory is an indication that law and order in the state is good. Ashish Mishra has been accused of running over a group of farmers in Lakhimpur in October last year, which snowballed into a huge political controversy that was expected to affect the BJP fortunes in the recently concluded state elections.

The party, however, not only won a historic second mandate, it scooped up all eight seats in Lakhimpur Kheri.

Ahead of tomorrow’s hearing of a petition challenging his bail, Ajay Mishra today said, “Had been saying from beginning that the manner in which central and state governments are working under the leadership of Prime Minister Narendra Modi and Chief Minister Yogi Adityanath, we will form the government again with majority”.

“Had the law and order (in Uttar Pradesh) not been good, we would not have received majority,” he was quoted as saying by news agency ANI.

Ashish Mishra had got bail from court last month as the state elections started. It generated fury and disappointment among farmers who lost their loved ones in the horrific incident, in which three BJP workers and a journalist were also killed.

The matter triggered furious criticism of the Yogi Adityanath government and allegations that the case against the murder accused was diluted because of his father’s position in the government.

The opposition parties attacked the government, accusing it of being “anti-poor” and “anti-farmer”.

Many, including farmer leader Rakesh Tikait, declared that it was time to out the BJP from the state and in view the huge farmer protests in the area, the BJP victory had raised eyebrows.