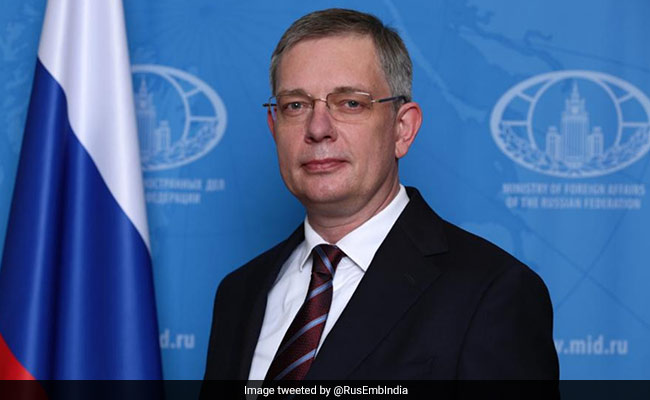 “The withdrawal of many Western companies from the Russian market and those niches that have been vacated may actually be occupied by Indian companies in many industries, in particular, in pharmaceuticals,” Mr Alipov told the Rossiya 24 broadcaster, as quoted by Sputnik news agency.

The newly appointed Russian envoy added that India is a “world pharmacy” and a leading manufacturer of drug copies that are no worse than the original.

India’s Vaccine Maitri initiative last year reinforced its credentials as the “pharmacy of the world”.

This decision to replace manufacturers in pharmaceutical comes at a time when Russia has been bombarded with sanctions from Western countries. Now Russia is looking to enhance economic engagement with countries non-European countries.

Earlier this month, Mr Alipov had said that Moscow has welcomed the independent foreign policy of India amid the Russia-Ukraine conflict.

Touching upon the relations with India, Alipov said, “Prime Minister (Modi) and the Indian leadership meet the consistent independent policy of the state in international affairs. We have repeatedly stated that we have welcomed the independent foreign policy of India and strengthening its role and its influence in the international arena.”