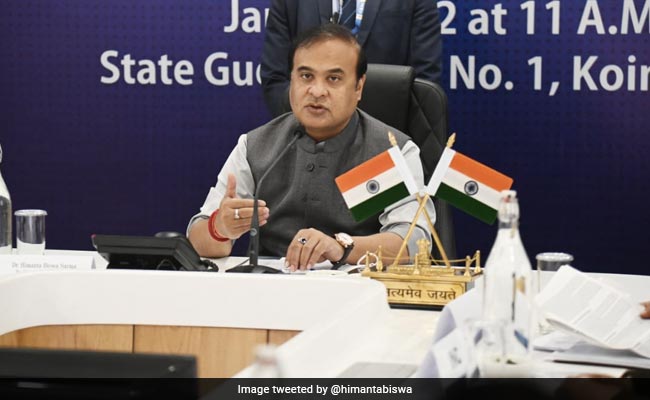 The CM said Muslims constitute 35 per cent of Assam’s population and can’t be called minority.

In yet another statement that is sure to court controversy, Assam Chief Minister Himanta Biswa Sarma today said that Muslims constitutes 35 per cent of Assam’s population and cannot be considered a minority in the northeastern state anymore. He also evoked the 1990 exodus of Kashmiri Hindus and added that “it’s the duty of Muslims” in the state to allay fears of other communities that Assam may become like it is shown in the Bollywood movie ‘The Kashmir Files‘.

Speaking during a debate on the Governor’s address in the budget session of the Assam assembly, Mr Sarma said, “Today people from Muslim community are leaders in opposition, MLAs and have equal opportunity and wield power. So, it is their duty to ensure that the rights of tribal people are protected and their lands are not encroached upon. There is no need to encroach on the lands of tribals residing in the sixth schedule area. If Bora and Kalita (Assamese surnames) have not settled on those land, Islam and Rahman (Muslim surnames) must also refrain from settling in those lands.”

The Chief Minister further said that “power comes with responsibility” and as Muslims constitute 35 per cent of Assam’s population, it is “their duty to protect the minorities here”.

“The Assamese people are under fear. There is fear that culture and civilisation will be protected. Harmony is two-way traffic. Let Muslims talk about the protection of Sankari culture, Sattriya culture…there will be harmony. Ten years back, we were not minorities but now we are,” Mr Sarma added.

Drawing parallels with the Kashmiri Hindus who were forced to flee their homes, Mr Sarma said, “People ask me if Assamese people will face the same fate as Kashmiri Pandits. Ten years down the line, will Assam be like it is shown in the Bollywood movie ‘The Kashmir Files‘? It is the duty of Muslims to allay our fear. Muslims must behave like a majority and give us assurance that there will be no repeat of Kashmir here.”

Following glowing endorsements of Vivek Agnihotri directed ‘The Kashmir Files‘ by several BJP leaders, including the Prime Minister, BJP-ruled states have exempted it from entertainment tax and are actively promoting it. The Assam Chief Minister also watched the movie with his cabinet colleagues and on Tuesday announced that state government employees can avail themselves of a half-day leave to watch it. The movie, which is based on the exodus of Kashmiri Hindus from the valley in the 1990s, has been hotly debated with even PM Modi jumping in with a swipe at its critics.